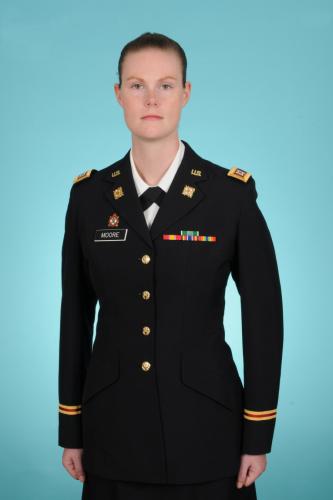 Moore, who is serving in the 25th Infantry Division at Schofield Barracks in Hawaii, will lay a memorial wreath honoring U.S. Army service members who lost their lives during the attack on Pearl Harbor, which took place Dec. 7, 1941.

"There aren't any words for how honored I am to carry the wreath for the U.S. Army," Moore said. "Representing soldiers from the past, present and future, including both of my grandfathers, is something I will cherish forever. I am extremely humbled for being given this opportunity."

Unit commanders choose wreath bearers based on past performance and level of excellence and professionalism.

The 75th National Pearl Harbor Remembrance Day Commemoration, beginning at 11:45 a.m. Central Standard Time, will be streamed live on a variety of platforms available through pearlharbor75thanniversary.com/live-stream/.