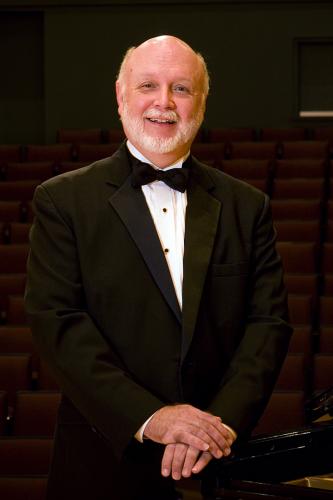 “During the 2012 trip, I met several of the band directors in Tasmania, and they invited me to come back to spend some time with their bands,” Allen said. His time was spent in three cities in Tasmania: Hobart, Burnie and Launceston.

“It was great getting to see how many people are active in the school and community bands in those cities,” he said.

Allen described the trip as having several components. “I rehearsed bands, taught conducting and composition lessons and gave classes in flute and clarinet.” In addition, he gave a guest lecture, “Composers Who Wrote for Band,” before the Musicological Society of Australia, Tasmania Chapter.

“The community band movement is very strong in Tasmania,” Allen said. “There is a strong push toward life-long learning and music making.”

Although this trip was self-funded, Allen was always introduced as being from SFA.

“Hopefully, this will lead to some exchange students from Tasmania to come to SFA,” he said.