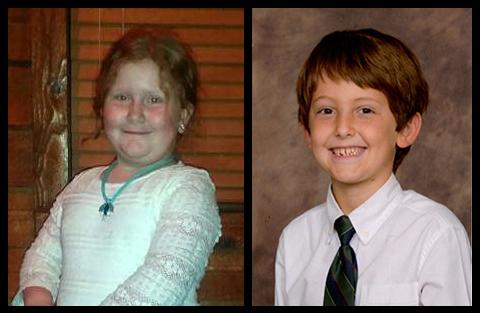 
NACOGDOCHES, Texas — Trenton Littleton of Nacogdoches and Kaitlyn Tanner of Pasadena, Texas, will serve as the 2016 Stephen F. Austin State University Homecoming Children of the Court during the annual celebration Nov. 4 and 5.

Trenton Lee Littleton is the 8-year-old son of Tracy and Maury Littleton, both graduates of SFA and lifetime Alumni Association members. He is in the third grade at Regents Academy. Trenton has a brother, Ryan Ihrig, who also is a graduate of SFA and lives in The Woodlands. Trenton plans on following the family’s Lumberjack tradition and enrolling as a freshman in 2026.

Trenton loves attending SFA sporting events and camps. He said he is excited about the new Ed and Gwen Cole STEM Building and hopes to one day become a robotics engineer. He also enjoys spending time with his mom and dad, who own Party ’N Things.

Kaitlyn Ruth Tanner is the 9-year-old daughter of Chase and Tiffany Tanner. Chase works at a construction-testing lab, and Tiffany is the general manager of a pizza restaurant. Kaitlyn is the granddaughter of 1979 SFA alumnus Robert Wheeler and his wife, Terri, and the late Rita Sacra, all of Pasadena.

Kaitlyn is in the fourth grade at Pomeroy Elementary School. She has two older brothers: Collin, 16, and CJ, 11; and another sibling due to arrive in June. Kaitlyn is an honor-roll student and enjoys reading and assisting her teachers, as well as volunteering in the safety patrol.

Trenton and Kaitlyn will ride in the Homecoming parade and participate in the crowning ceremony of the SFA Homecoming queen and king during halftime of the SFA vs. University of Central Arkansas football game, which begins at 2:30 p.m. Saturday, Nov. 5, at Homer Bryce Stadium.