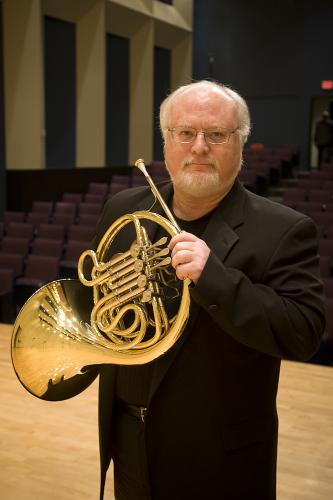 The selected compositions will feature the lyrical, singing qualities of the horn, according to Gavin, professor of horn and chamber music at SFA.

Performing with Gavin are colleagues Scott LaGraff, voice; John W. Goodall, oboe; and James Pitts, piano. LaGraff will join Gavin in a performance of a group of songs set to the poetry of Walt Whitman.

"These are composed by Dallas composer Simon Sargon," Gavin said. "He has previously composed music for horn, voice and piano, and I enjoyed performing those, so I was excited to learn of this new work."

None of Gavin's selections have been performed on the SFA campus, he said.

"All of the pieces are written by living composers and have not found their way into the 'standard' repertoire yet; I predict they soon will," he said. "All the pieces are quite tuneful and readily accessible to any audience."