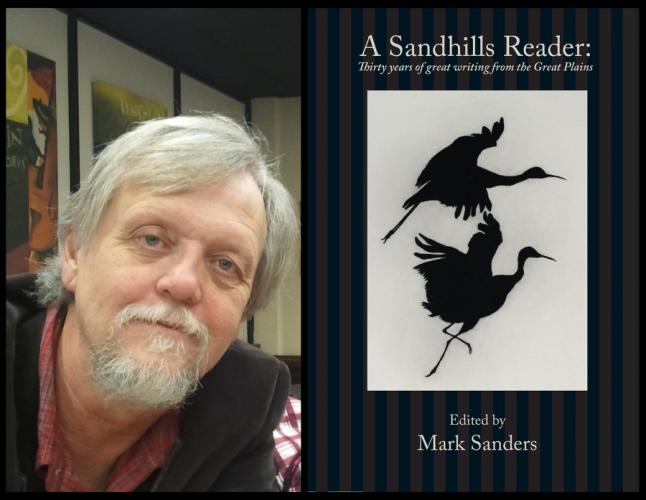 The publication, “A Sandhills Reader: Thirty Years of Great Writing from the Great Plains,” edited by Dr. Mark Sanders and published by the SFA Press, recently won the 2016 Nebraska Book Awards competition in the anthology category.

“Receiving the award is a tremendous honor,” Sanders said. “My creative roots are in Nebraska and the Plains, so this award is an affirmation that I remain a part of that community and that my work in behalf of poetry, fiction, nonfiction and criticism relative to the region is still valuable.”

“A Sandhills Reader: Thirty Years of Great Writing from the Great Plains” is a retrospective of some of the best work published by the Sandhills Press, a small, independent publisher of Great Plains writing since 1979.

“Most small presses don’t last nearly as long; most survive a year or two and publish as many books,” Sanders explained. “Sandhills and its subsidiaries have published more than 50 volumes of anthologies and individual titles by new and established writers from the Great Plains.”

“Few presses support the work of writers coming from the Great Plains states,” Sanders said. “Because of my press work, I was awarded the Mildred Bennett Award from the Nebraska Center for the Book in 2007 for fostering Nebraska’s literary heritage. This book provides a small view of what the effort entailed.”

Sanders edited and published Sandhills Press books during the past three decades. He began compiling the retrospective collection in 2008 and pulled the pieces and permissions together by the end of 2014.