SFA to screen 'This Ain't No Mouse Music!' 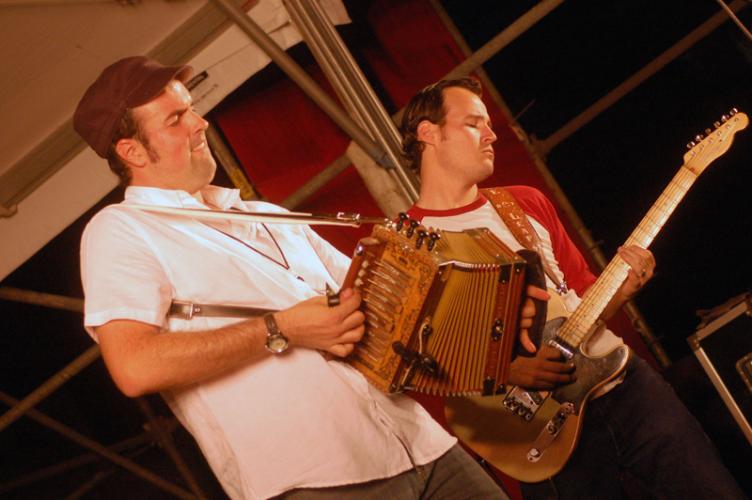 Wilson Savoy, accordion, and Jon Bertrand, guitar, of the young, hot Cajun Band "The Pine Leaf Boys" perform in a scene from the film "This Ain't No Mouse Music!" by Chris Simon and Maureen Gosling. Photo by Chris Simon


NACOGDOCHES, Texas - The Stephen F. Austin State University School of Art and the Friends of the Visual Arts will present a free, one-night screening of "This Ain't No Mouse Music!" at 7 p.m. Friday, July 1, in The Cole Art Center @ The Old Opera House in downtown Nacogdoches.

"This Ain't No Mouse Music!" tells the story of Chris Strachwitz and Arhoolie Records. In the documentary, filmmakers Chris Simon and Maureen Gosling take a hip-shaking stroll from New Orleans to Appalachia, chronicling Strachwitz's journey to plantations and prisons, roadhouses and whorehouses, churches and bayou juke joints, to return with recordings that would revolutionize the sound of popular music, according to thisaintnomousemusic.com.

The film runs one hour, 32 minutes.