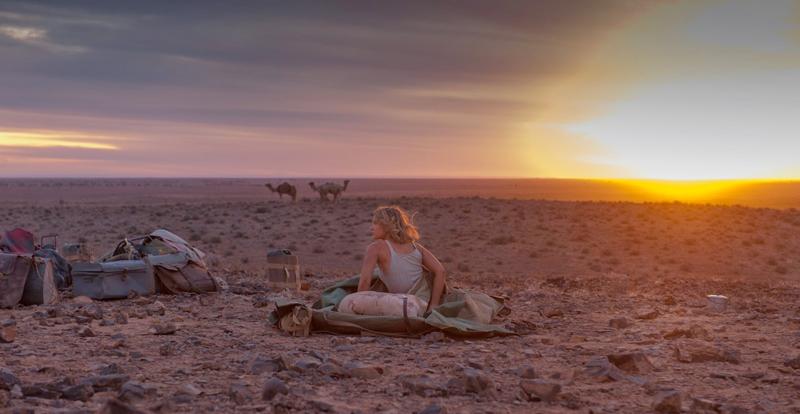 A free screening of the documentary “Tracks” will be at 7 p.m. Friday, Sept. 9, in The Cole Art Center @ The Old Opera House in downtown Nacogdoches.


NACOGDOCHES, Texas – The Stephen F. Austin State University School of Art and the Friends of the Visual Arts will present a free, one-night screening of “Tracks” at 7 p.m. Friday, Sept. 9, in The Cole Art Center @ The Old Opera House in downtown Nacogdoches.

The film, directed by John Curran, tells the true story of Robyn Davidson, a young woman who in 1977 undertook a solo trek across 1,700 miles of Australian outback. A chance meeting with National Geographic photographer Rick Smolan provides her with the necessary financing for her expedition under the condition that he be allowed to photograph parts of her journey for the magazine. With only her dog and four unpredictable camels for company, she embarks on an inspiring and life-changing journey of self-discovery, according to information at tracks-movie.com.

Nominated for numerous awards, “Tracks” won a Film Critics Circle of Australia award for best cinematography in 2015 and an Australian Cinematographers Society award for features in 2014.

“Tracks” runs one hour, 52 minutes. The suggested rating is PG-13 for some partial nudity, disturbing images and brief strong language, according to information at imdb.com.