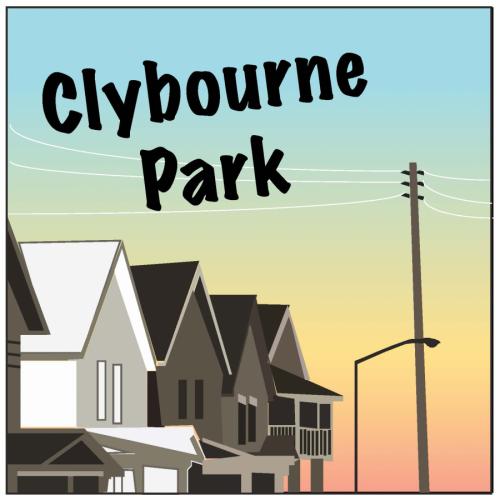 The SFA School of Theatre will present "Clybourne Park" by Bruce Norris at 7:30 p.m. Tuesday through Saturday, Feb. 23 through 27, in W.M. Turner Auditorium on the SFA campus.


NACOGDOCHES, Texas - The School of Theatre at Stephen F. Austin State University will present "Clybourne Park" by Bruce Norris at 7:30 p.m. Tuesday through Saturday, Feb. 23 through 27, in W.M. Turner Auditorium on the SFA campus.

Winner of the 2011 Pulitzer Prize for drama, "Clybourne Park" was written in response to the classic "A Raisin In the Sun." Passionate, balanced, funny and as timely as today's headlines, "Clybourne Park" is a play for every American to see and to ponder, according to Zach Hanks, assistant professor of theatre at SFA and the play's director.

"I saw 'Clybourne Park' at the Guthrie Theatre in Minneapolis a few years ago, and the experience was everything I go to the theatre to do - I laughed, I ached, and I thought deeply about myself, my attitudes and my culture," Hanks said. "The themes around racism, discrimination and privilege are as timely now as they ever were. We're in a post-Civil Rights Movement era, but grappling with the new versions of the same old injustices and conflicts.

The School of Theatre produced the classic "A Raisin in the Sun" to enthusiastic audience response in 2010. In "Raisin," an African American family in 1959 Chicago is moving to a white neighborhood, Clybourne Park. The first act of the newer play is set on the same day as one scene in "Raisin," in the house that the family is buying. The second act is set in the same house 50 years later, with the tables turned - a white family now seeks to buy the house from a black family.

"But many painful issues are still unresolved," Hanks said.

"The strong language and mature themes make this a play for mature audiences, surely, but the social issues addressed are certainly ones we hope adult theatergoers may be inspired to discuss with their children the following day," Hanks said.