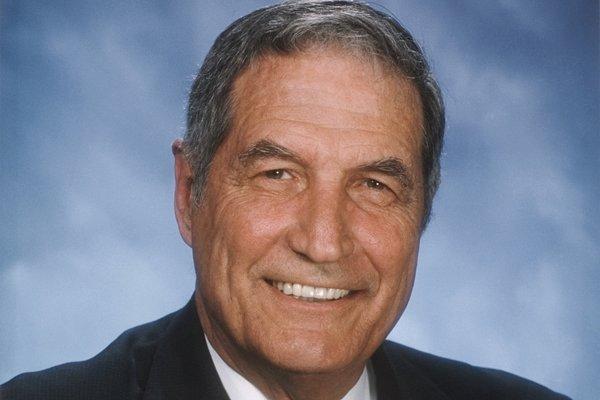 Stallings, who served as head football coach for the University of Alabama from 1990-97, had an impressive record, including the team's 1992 perfect 13-0 season that culminated with a win in the Sugar Bowl and first Bowl Coalition national championship. Stallings was inducted into the College Football Hall of Fame as a coach in 2010.

The speaker series event is free and scheduled for 7:30 p.m. Monday, April 11, in the Grand Ballroom of the Baker Pattillo Student Center on the SFA campus. A private reception for 100 guests will be held prior to the main event. Private reception tickets can be purchased by contacting April Smith at (936) 468-5406.

"We are pleased to have one of football's most respected coaches join us for our 2016 Archie McDonald Speaker Series," said Dr. Steve Bullard, SFA interim provost and vice president for academic affairs. "Gene's determination to be the best instilled a championship attitude in the players he coached. His legacy of leadership continues in the generations of athletes he mentored."

Like previous guests of the series, Stallings will be recognized at the event with the university's Lifetime Cultural Achievement Award.

Stallings grew up in Paris, Texas, where he played high school football. In 1954, he was recruited by Texas A&M University, where he played for Paul "Bear" Bryant and was one of the legendary "Junction Boys," a name given to Aggie football players who endured Bryant's 10-day summer camp in Junction, Texas, that began Sept. 1, 1954. He graduated from the university in 1957.

In 1958, Stallings served as a defensive assistant at the University of Alabama. He was on staff for two of Alabama's national championship seasons, in 1961 and 1964.

Shortly after helping Alabama win the 1964 national title, Stallings was named head coach of his alma mater, Texas A&M University, at the age of 29. He coached the Aggies for seven seasons.

In 1972, Stallings joined the staff of the Dallas Cowboys as Tom Landry's secondary coach. He remained with the Cowboys for 14 seasons and helped them win Super Bowl XII.

The St. Louis Cardinals named Stallings as its head coach in 1986, and he remained there through the franchise's move to Arizona. He left the organization in 1989 and returned to the University of Alabama, where he was named head coach in 1990 and coached until 1997.

During his tenure at the University of Alabama, Stallings coached his team to unprecedented success, including four appearances in the Southeast Conference Championship Game, and leading the Crimson Tide to the national championship in 1992.

Stallings is cowriter of the book "Another Season: A Coach's Story of Raising an Exceptional Son," which describes his family's relationship with son John Mark Stallings, who was born with Down syndrome and died in 2008 at the age of 46 due to a congenital heart condition.

McDonald taught history at SFA for 48 years and served as director of the East Texas Historical Association and editor of the association's journal for 37 years. He was a past president of the Texas State Historical Association, past vice chair of the Texas Historical Commission and author/editor of more than 20 books on historical topics. Along with teaching, he was a commentator on Red River Radio in Shreveport, and wrote a weekly column for area newspapers. He passed away on Aug. 16, 2012.

SFA's Student Government Association sponsors the speaker series. Passes may be obtained at the Involvement Center on the first floor of the Baker Pattillo Student Center or at the downtown Nacogdoches Convention and Visitors Bureau, 200 East Main St. For more information, call (936) 468-5406.