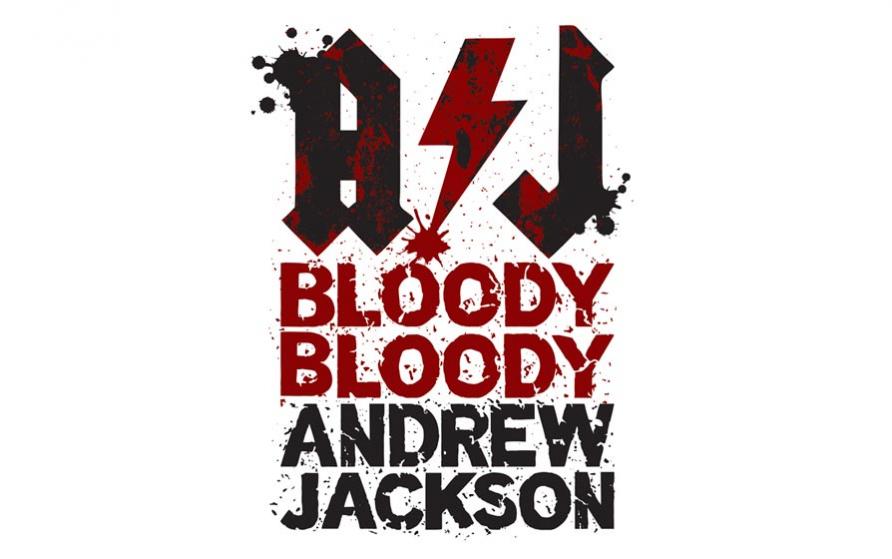 The SFA School of Theatre will present the musical "Bloody Bloody Andrew Jackson" Oct. 4 through 8 in William M. Turner Auditorium on the SFA campus.


NACOGDOCHES, Texas - While political pundits around the world are having a field day with this strange U.S. presidential election year, theatre and music students at Stephen F. Austin State University are having fun preparing for a production that puts it all in raucous rock musical perspective.

The SFA School of Theatre will present "Bloody Bloody Andrew Jackson" Oct. 4 through 8 in William M. Turner Auditorium on the SFA campus. The show, with music and lyrics by Michael Friedman and a book by Alex Timbers, takes a comedic look at the founding of the Democratic Party and portrays Andrew Jackson, America's seventh president, as an emo rock star.

Angela Bacarisse, professor of theatre who directed SFA's smash hit "Spamalot," directs this musical that boasts a blazing pop score, captivating sex-appeal and wagon-loads of goofy humor. It reinvents the life of Jackson in a way that mischievously reveals how little has really changed in two centuries of America's often crazy, sometimes brutal, always entertaining political spectacle, according to Bacarisse.

"I have wanted to work on this play for many years, and it is of particular interest because this is an election year," Bacarisse said. "Andrew Jackson was instrumental in the formation of the Democratic Party, and there are many similarities between what happened in the early 19th century and events of the early 21st century.

"Jackson's unconventional, often controversial and fiercely held principles and vision shook things up politically, culturally and on the field of battle," she said. "He played a pivotal role in America's westward expansion. But Jackson's legacy was also marked with slavery and the Indian Removal Act - issues that leave us questioning the consequences. He blazed new trails and opened new possibilities. He was loved and loathed, revered and reviled, but seldom ignored."

The storyline follows Jackson on his journey from a Revolutionary battlefield at age 13 to two terms in the White House and depicts everything from drunken bar fights to tender love scenes.

Jackson's presidency was a time of "political upheaval," Bacarisse said.

"Voting rights expanded and the Republican system of government envisioned by the founding fathers was questioned and expanded," she said. "Jackson's military hero status and enormous popularity with those he called 'the humble members of society' - meaning farmers, mechanics, laborers - carried him to two terms. His unconventional ideas and stances on controversial issues upset the status quo. He brought muddy boots and common voices into the White House and outraged the elite establishment."

All of this will be represented in the musical, Bacarisse said, " … not in a historically accurate way, but in a humorous 'Saturday Night Live' style."

But I hope those who see it will be reminded that history really does repeat itself," Bacarisse said, "and that whoever is in the Oval Office - try as they might - will not be able to please everyone all of the time."

The show is recommended for mature audiences. A content advisory may be viewed at www.theatre.sfasu.edu.