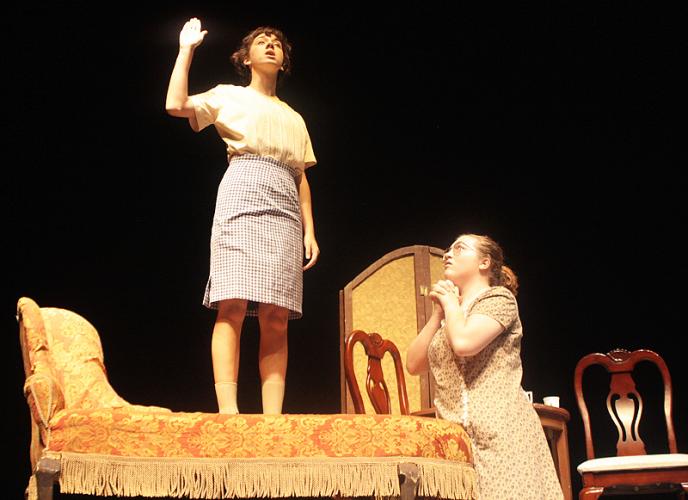 Two weeks of intensive workshops culminate in performances at the High School Summer Theatre Workshop hosted by the SFA School of Theatre.

Offered in its long-standing busy format, the workshop is headed by secondary educator and longtime SFA School of Theatre faculty member Dr. Shari Ellsworth. This year's workshop gets underway July 17.

"High School Workshop gives us an opportunity to expose our wonderful school and program to high schools all over Texas," Ellsworth said. "Not only do the students who attend have a higher chance of returning to SFA for college, but their friends and family who come to see the final shows also share their experience with others. We've always had five students or more that were campers become students at SFA per year. There are so many SFAers who have stated that camp was the reason they chose SFA, all the way back to the 1960s. This summer, we hope we will see many of those campers and former students attend this year's 50th celebration."

Students live in residence halls and study at the Griffith Fine Arts Building on the beautiful SFA campus. Recreational activities such as movie night, theme parties and dances are held during the workshop.

SFA graduate Benn May is well versed in all aspects of the workshop. May attended as a high school student then came to SFA to major in theatre. He served as a counselor for several summers. May earned a degree in theatre performance.

"I first learned about the workshop after asking my high school teacher about opportunities for camps, and she happened to have a brochure," he said.

"Attending the workshop made me comfortable with SFA, its students, and the work that was done here, so it was a huge factor for me," he said.

May said his involvement in summer theatre workshop helped him to develop organizational and leadership skills.

"The biggest test of your leadership skills is to put you in a room full of 50 high school students and say GO!" he said. "I had more prep than that going into it, but, ultimately, we are pushed to really lead our students as directors and counselors. Many of the tools I gained during that time, I still use in my professional work."

May just recently completed a directing and dramaturgy internship at Portland Stage Company in Portland, Maine. He is currently working for The Theater at Monmouth in Monmouth, Maine, as a box office and special events assistant, and he is directing the "green shows," which are the opening acts for each of the main performances.

"My time at SFA helped to give me a well-rounded education that truly prepared me for any role in the theatre," he said.

The 50th year of high school workshop will be celebrated during the annual awards ceremony on July 30, and the ceremony will honor the memory of the late Professor Oster "and his amazing contribution to the program," Ellsworth said.

"All former campers and counselors have been invited to attend this event, especially those students and campers who attended workshop under Oster's direction," she said.