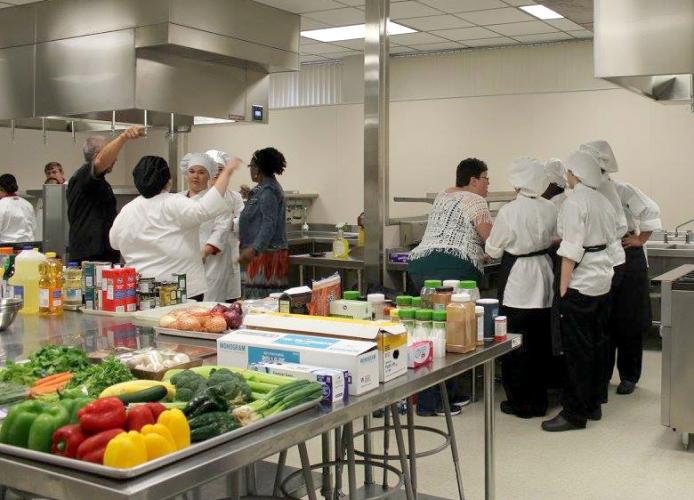 The event was designed to introduce SFA and the program to high school students who are interested in taking hospitality and culinary courses.

"It was wonderful having more than 200 students on campus to experience our hospitality program firsthand," said Dr. Chay Runnels, SFA hospitality administration program coordinator and associate professor. "We are one of four hospitality four-year programs in the state, and the only program with a culinary focus. The students who attended were able to learn about career options in the industry and college life at SFA."

During the event, students were divided into groups and attended two 45-minute sessions. Industry professionals delivered a session on careers in the hospitality industry and discussed how to make a positive impression during and dress for a job interview. Panel participants were Bric Alverson and Ryan Russell from Aramark; John McLaren, The Fredonia Hotel general manager; Marty Prince, Texas Forest Trail executive director; Jessica Gilligan, sales manager at Courtyard by Marriott in Lufkin; and Claudann Jones, Nacogdoches County AgriLife Extension agent.

Eight SFA seniors also conducted a session and discussed college life at SFA, choosing a major and how to successfully transition from high school to college.

High school teachers in attendance were invited to attend two sessions, which informed them about SFA, how to help their students prepare for college, and new and existing resources available to teachers.