SFA’s Orchestra of the Pines to perform works by Sibelius, Shostakovich 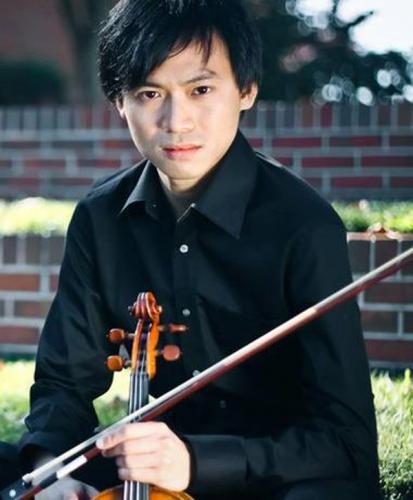 Leonard Chow, a recent graduate of SFA, will return to Nacogdoches to perform the first movement of Sibelius’ Violin Concerto in D minor, Op. 47 with the Orchestra of the Pines.


NACOGDOCHES, Texas – The Orchestra of the Pines at Stephen F. Austin State University will present the program “Sibelius and Shostakovich” when the orchestra performs at 7:30 p.m. Tuesday, Nov. 15, in Cole Concert Hall on the SFA campus.

Under the direction of Dr. Gene H. Moon, director of orchestras at SFA, the Orchestra of the Pines will perform works by Finnish composer Jean Sibelius and Russian composer and pianist Dmitri Shostakovich. Leonard Chow, a recent graduate of SFA, will return to Nacogdoches to perform the first movement of Sibelius’ Violin Concerto in D minor, Op. 47 with the Orchestra of the Pines. Chow completed his Master of Music degree at SFA in May 2016 and is currently pursuing a Doctor of Musical Arts at the University of Houston. He studied with Jennifer Dalmas during his time at SFA.

Moon explained that Sibelius longed to become a great violinist, beginning playing the instrument late in life, at the age of 14, but he never quite achieved great skill.

“His fascination and ambition led him to compose the only concerto in his oeuvre – his hauntingly thoughtful violin concerto,” Moon said. “The concerto is by far one the most popular concerti performed around the world, including at SFA. In addition to Leonard performing the work, two winners of the Schmidbauer Competition in the past have also performed the concerto with the SFA Orchestra of the Pines.”

Shostakovich wrote music during “some of the most devastating moments in history,” Moon said. After harsh criticism and fear for his life during Joseph Stalin’s dictatorship over the Soviet Union, Shostakovich composed “a heroic and courageous work in his Fifth Symphony,” according to Moon.

“Consisting of four movements, his Fifth Symphony tells a story of a people enduring and overcoming daunting hardships, eventually reaching a triumphant climax in the end,” Moon said. “While the symphony is entrenched in a Russian sociopolitical climate, any person whose life is full of similar adversities may resonate with Shostakovich’s work.

“The music resonates with many profound experiences in my life,” he said. “To conduct the work is to hear Shostakovich skillfully put into music what many can never put into words. The music has depth, expanse and limitless reaching plateaus.”

The performance is a presentation of the SFA College of Fine Arts and School of Music.