SFA's Rockin' Axes to perform music of the '70s 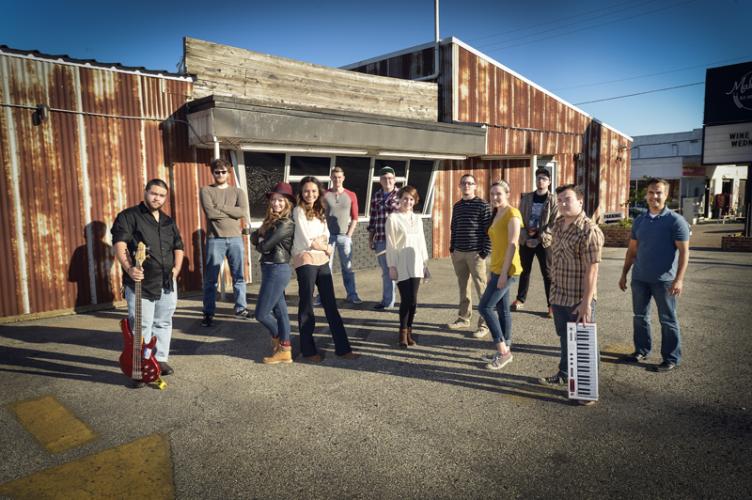 
NACOGDOCHES, Texas - The Rockin' Axes at Stephen F. Austin State University will present "The Sounds of the '70s, Part II" when the ensemble performs at 7:30 p.m. Friday, April 29, in Cole Concert Hall on the SFA campus.

Directed by Andy Sperandeo, instructor in SFA School of Music's Sound Recording Technology program, the Rockin' Axes consists of SRT students who study influential, popular music of the 20th and 21st centuries, according to Sperandeo. The course work helps students to develop skills necessary to transcribe, rehearse, arrange and perform in an ensemble setting.

"The Sounds of the '70s, Part II" will feature the music of Michael Jackson, Styx, Billy Joel, the Rolling Stones, Earth Wind & Fire and more.

"We did 'The Sounds of the '70s, Part I' last semester, but there was still so much great music from that era we didn't cover that I wanted to carry the theme over to this semester," Sperandeo said.

Among the pieces to be performed are Jackson's "Rock With You," "Come Sail Away" by the progressive band Styx, and Joel's "Just the Way You Are."

"Billy Joel was and still is one of the greatest singer/songwriters of our time," Sperandeo said. "I think the students can learn a thing or two from his writing style and learn to appreciate what a great voice he has, as well."

The Rockin' Axes will also perform "Wild Horses" by the Rolling Stones and "Shining Star" by Earth, Wind & Fire.

"The Stones were one of the first super groups of the '60s and' 70s, so they had to be included in the set list," Sperandeo said. "'Wild Horses' has been covered by so many artists over the years, showing its staying power and connectedness to so many generations.

"Earth, Wind & Fire had it all - progressive, soulful, powerful horn section, soaring harmony vocals, catchy 'poppy'/funk tunes," he said. "We also would like to pay homage to the late great founder, Maurice White."

As guest artists on the program, the Contemporary Guitar Ensemble, also a product of the SRT program and directed by Sperandeo, will perform an arrangement of guitar great Jimi Hendrix.