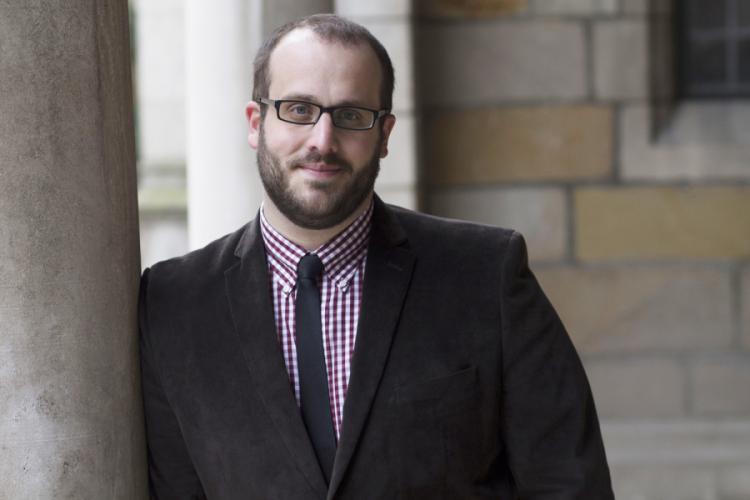 
NACOGDOCHES, Texas – The Wind Symphony and the Symphonic Band at Stephen F. Austin State University will present “Tricks and Treats,” a selection of music in the spirit of the season, when the bands perform at 7:30 p.m. Tuesday, Oct. 18, in W.M. Turner Auditorium on the SFA campus.

The Symphonic Band, directed by Dr. Tamey Anglley, assistant director of bands at SFA, will open the concert with John Mackey’s “Night on Fire. This four-minute piece was commissioned by a consortium of student music organizations at The University of Texas in recognition of Richard Floyd's tireless and passionate advocacy for music education in the State of Texas, Anglley explained.

The band will also perform “Melodious Thunk” by David Biedenbender, who was guest composer-in-residence at SFA Oct. 9 through 11.

“This piece was inspired by famous jazz pianist Thelonious Monk,” Anglley said. “Monk’s wife, Nellie Smith, nicknamed him ‘Melodious Thunk’ because of his clunky, awkward and brilliant piano playing and his somewhat scatterbrained and disoriented nature.”

Another piece will feature two of SFA’s percussion faculty, Brad Meyer and Keith Lloyd, who  will perform “Wu Xing,” which is a concertino for two percussion and band by James Syler. Anglley and the SFA Symphonic Band were part of the commissioning consortium for “Wu Xing” with the financial help of the SFA chapters of Kappa Kappa Psi and Tau Beta Sigma. The Wu Xing are the traditional Chinese five phases – wood, fire, earth, metal and water. The work features two solo percussionists playing a variety of sounds organized by instruments made of, or representing, metal, water, wood, fire and earth.

The Symphonic Band will conclude the first half of the concert with Karl King’s “Cyrus the Great.” Written in 1921, it is a Persian march that was dedicated to George W. “Cy” Tremain, who was a bass drummer and the manager of the Fort Dodge, Iowa, Municipal Band from its founding in 1901.

The Wind Symphony, directed by Dr. David Campo, associate director of bands, will open its portion of the concert with Donald Grantham’s “Baron Piquant on Pointe.” Baron Piquant is one of the four voodoo family Ghede, the spirits in charge of the intersection between the living and the dead.

“All of the Barons are notorious tricksters with a fondness for brandy and tobacco,” Campo explained. “Grantham has captured the comical solemnity of these spirits in his four ‘Baron’ pieces for band.”

“Daybreak Crossing” by David Biedenbender is a program selection that Campo describes as “cut from different cloth.” As the composer states, “I lived in Ann Arbor, Michigan, for seven years, and I wanted to capture some of the spirit of that wonderful place in this piece. There are many images and experiences that come to mind when I think of Ann Arbor: warm summer evenings, quiet autumn walks and incredible, exciting concerts in Hill Auditorium, just to name a few.”

The piece “Voodoo” by Daniel Bukvich exists at the intersection of music and theatre, Campo said. “Bukvich calls for extended techniques from all instruments, singing and aleatoric moments, all performed in a darkened theatre … definitely spooky!”

The Wind Symphony will conclude the concert with Karl King’s “Devil and the Deep Blue Sea,” a march featuring the tubas and bassoons.