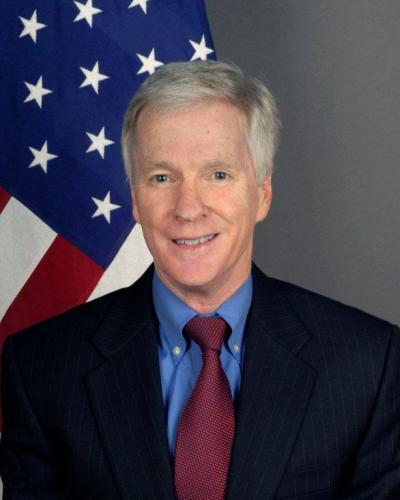 The annual event is hosted by SFA's Office of the Provost.

"This is the sixth year for the Global Citizenship Series conference and it has evolved over time," said Dr. Brian Murphy, dean of the SFA College of Liberal and Applied Arts. "For the first five years, we focused on a geographic region - Europe twice, Asia, the Middle East and Latin America - but shifted to a specific topic for this year's October event. The initial three conferences were for the public at-large, but the outreach has been to high school audiences in the more recent past."

The series was developed as a means for SFA to bring high-quality academic programs that improve international understanding to Texas students and residents.

Approximately 650 Fort Bend ISD students are expected to attend this year's conference, which will consist of one afternoon and two morning panels touching on aspects of violence across the globe. Crocker will add to that discussion during his lunch-hour keynote address.

Crocker retired from the U.S. Foreign Service in 2009 after a 37-year career before he was recalled to active duty by President Barack Obama to serve as U.S. Ambassador to Afghanistan. He served as U.S. ambassador six times between 1990 and 2012, including in Lebanon, Kuwait, Syria, Pakistan, Iraq and Afghanistan.

"Mr. Crocker was U.S. ambassador to both Iraq and Afghanistan during the height of the turmoil," Murphy said.

Born in Spokane, Washington, Crocker grew up in a military family and attended school in Morocco, Canada and Turkey. He received the Presidential Medal of Freedom, the nation's highest civilian award, in 2009, among more than 10 other notable awards throughout his career.

Crocker was conferred the rank of Career Ambassador, the highest in the Foreign Service, by President George W. Bush in 2004, and in 2009, then-Secretary of State Hillary Clinton announced the establishment of the Ryan C. Crocker Award for Outstanding Achievement in Expeditionary Diplomacy.

The first panel of the 2016 Global Citizenship series will be moderated by Dr. Gina Causin, assistant professor in SFA's School of Human Sciences, and will touch on concepts, forms of and responses to violence. The second morning panel will be moderated by Dr. Dianne Dentice, SFA associate professor of sociology, and will focus on violence in the U.S.

The third and final panel will be moderated by Dr. Steven Galatas, SFA associate professor of political science. The panel will discuss international violence.

The 2016 Global Citizenship Series will begin at 7:30 a.m. Friday, Oct. 7, at Safari Texas Ranch, located at 11627 FM 1464 in Richmond, Texas. The conference will wrap up at approximately 2:30 p.m. To register for the free event, email Dixie Groll, assistant to the dean in the SFA College of Liberal and Applied Arts, at grollda@sfasu.edu.