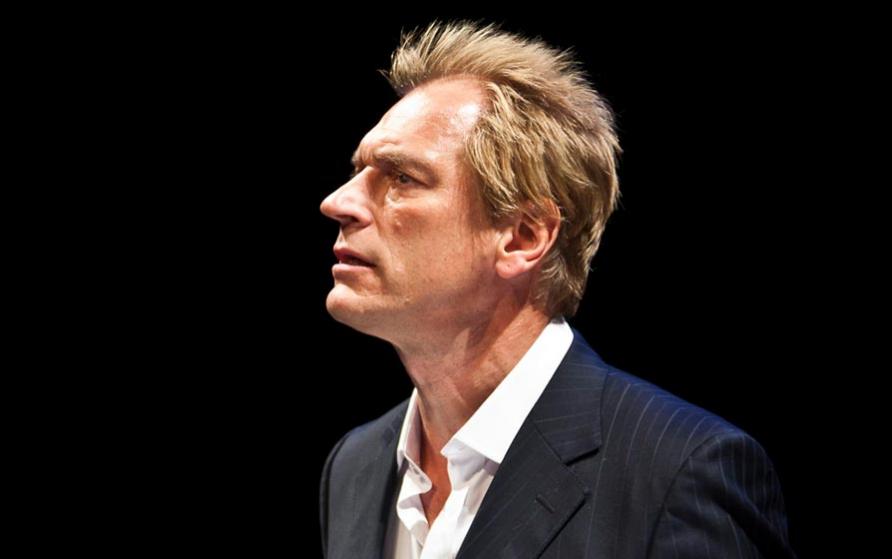 University Series opens with Sands' 'A Celebration of Harold Pinter'

The 2016-2017 University Series presented by the SFA College of Fine Arts will open with British actor Julian Sands in "A Celebration of Harold Pinter" at 7:30 p.m. Thursday, Sept. 15, in W.M. Turner Auditorium on the SFA campus.


NACOGDOCHES, Texas - The College of Fine Arts at Stephen F. Austin State University will open the 2016-2017 University Series season with an extraordinary British actor performing the works of a Nobel Prize-winning playwright and poet.

Julian Sands will present "A Celebration of Harold Pinter" at 7:30 p.m. Thursday, Sept. 15, in William M. Turner Auditorium on the SFA campus. In 2005, Sands was approached by Nobel Prize-winning playwright and poet Pinter to prepare a set of Pinter's poems for a special presentation in London. Working closely with Pinter, Sands was granted a rare insight into his personality, life and work.

"This extraordinary collaboration evolved into a wonderfully humorous and fascinating solo show," said Scott Shattuck, associate dean of the College of Fine Arts and director of the series. "We think this is a great way to open our new season, which also features a sensational blues concert, a Celtic Christmas celebration, one of America's top female brass quintets and a dynamic Dutch vocal ensemble."

Directed by Oscar nominee John Malkovich, "A Celebration of Harold Pinter" has been performed at the Edinburgh Festival in 2011 and subsequently at The Irish Repertory Theatre in New York and Steppenwolf Theatre in Chicago, as well as in San Francisco, Los Angeles, Mexico City, Budapest, London and Paris.

"This will be an evening of heroic theater with an extraordinary actor," Shattuck said. "'A Celebration of Harold Pinter' gets to the soul of the man not only as a poet, playwright and Nobel winner, but also as a husband, political activist and person."

Sands is frequently seen worldwide in motions pictures, on stage and on television. He trained in London at The Central School of Speech and Drama and has appeared in more than 100 films, including "The Killing Fields," "A Room With A View," "Leaving Las Vegas," "Arachnophobia," "Oceans 13" and David Fincher's "The Girl with the Dragon Tattoo." On television, he is best known for his role on" 24" but has also been seen on "Smallville," "Ghost Whisperer," "Dexter" and "Banshee."

"A Celebration of Harold Pinter" was nominated for a 2013 Drama Desk Award. It is recommended for mature audiences.

This performance is sponsored in part by Commercial Bank of Texas.

Prior to the performance, Slade Billew, assistant professor of theatre, will present an informative talk about Pinter at 7 p.m. in Griffith Gallery. The gallery is located across the hall from Turner Auditorium, which is located in the Griffith Fine Arts Building, 2222 Alumni Drive. The audience is invited back to the gallery for a post-performance reception to meet the performer and to honor the event's corporate sponsor.