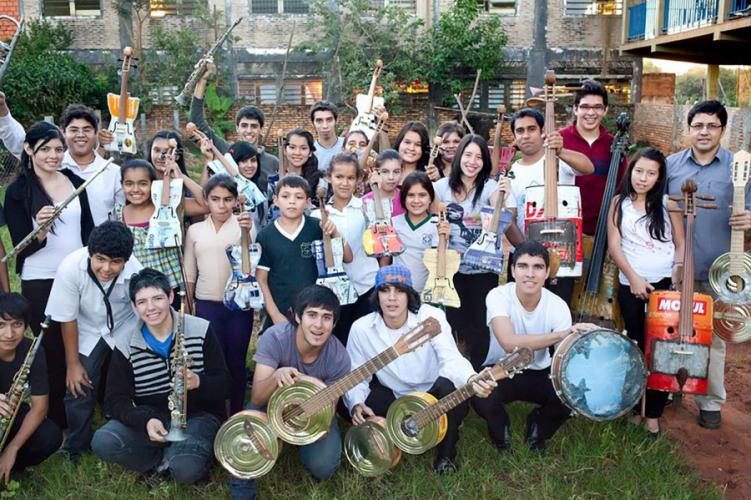 
NACOGDOCHES, Texas – The Stephen F. Austin State University School of Art and the Friends of the Visual Arts will present a free, one-night screening of “Landfill Harmonic” at 7 p.m. Friday, Oct. 6, in The Cole Art Center @ The Old Opera House in downtown Nacogdoches.

“Landfill Harmonic” follows the Recycled Orchestra of Cateura, a Paraguayan musical group that plays instruments made entirely out of garbage. When their story goes viral, the orchestra is catapulted into the global spotlight.

Under the guidance of idealistic music director Favio Chavez, the orchestra must navigate a strange new world of arenas and sold-out concerts. However, when a natural disaster strikes their community, Chavez must find a way to keep the orchestra intact and provide a source of hope for their town, according to the website landfillharmonicmovie.com, which also describes the documentary as “a testimony to the transformative power of music and the resilience of the human spirit.”