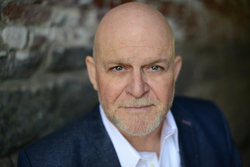 NACOGDOCHES, Texas - Ron Raines, one of America's leading Broadway artists and Nacogdoches native, will be the featured vocalist in "Ron Sings Broadway," a benefit concert at 6 p.m. Saturday, Feb. 18, in Mast Hall in downtown Nacogdoches. Proceeds will go toward the Strings Scholarship Fund in the Stephen F. Austin State University School of Music.

Raines, a Nacogdoches High School graduate who is returning to his hometown to support the benefit, will perform with SFA student musicians. Dr. Gene Moon, director of orchestral activities at SFA, encourages all to come enjoy an evening of Broadway music and support the Strings Scholarship Fund.

A Tony Award nominee for the acclaimed production of "Follies," Raines has had an illustrious international career spanning musical theater, opera, concert and television. Born and raised in Nacogdoches, Raines attended Oklahoma City University and The Juilliard School. He was a three-time Emmy and Soap Opera Digest Award nominee for his role as villain Alan Spaulding on CBS's longest running daytime drama "Guiding Light." He has appeared on "Elementary" and "Person Of Interest." He starred on Broadway in "Annie," "Newsies," "Chicago" and "Show Boat" and originated the role of Nick Longworth in "Teddy and Alice" with Len Cariou.

Raines has delighted audiences around the world with his memorable starring roles in virtually every major American musical and operetta, including "A Little Night Music," "The Unsinkable Molly Brown," "South Pacific," "Kismet," "Sayonara," "Kiss Me Kate," "The King and I," "Naughty Marietta," "The Merry Widow," "Brigadoon," "Rose Marie," "Oklahoma!," "Carousel," "Side by Side" by Sondheim, "Guys and Dolls," and "Man of La Mancha" at the Covent Garden Festival.

He has soloed with more than 50 major American and international orchestras, including the Boston Pops, the Philly Pops, the BBC Concert Orchestra, the Jerusalem Symphony and the Israel Philharmonic, and he has performed at Carnegie Hall, the 92nd Street Y, Tanglewood, the London Palladium, Rainbow and Stars and Royal Festival Hall. He has appeared on four PBS "Great Performances" and has made two solo recordings on Jay Records and numerous cast albums.

He lives in New York City with his wife and daughter.