Children's series to present 'The Little Mermaid' at SFA 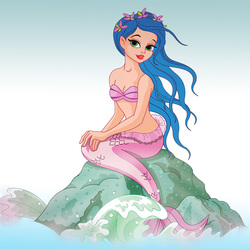 "The Little Mermaid" comes to the SFA campus in two performances at 9:30 a.m. and 12:30 p.m. Tuesday, March 7, as part of the Children's Performing Arts Series.

The classic tale of the Little Mermaid is brought to the stage in a brand new production by the internationally acclaimed Panto Company. Following sell-out tours of China and the U.K., The Panto Company brings its award-winning adaptation of Hans Christian Anderson's story to the U.S. and Turner stage, according to Diane J. Peterson, Fine Arts Box Office manager and director of the series.

The show follows the dreams of a young girl who believes there is a better life for her out of the water. Of course, there's a handsome prince, an evil witch and boatloads of adventures and laughs along the way.

The final show of this season's Children's Performing Arts Series is Super Scientific Circus on Thursday, May 11.