fLOW Quartet to perform at SFA 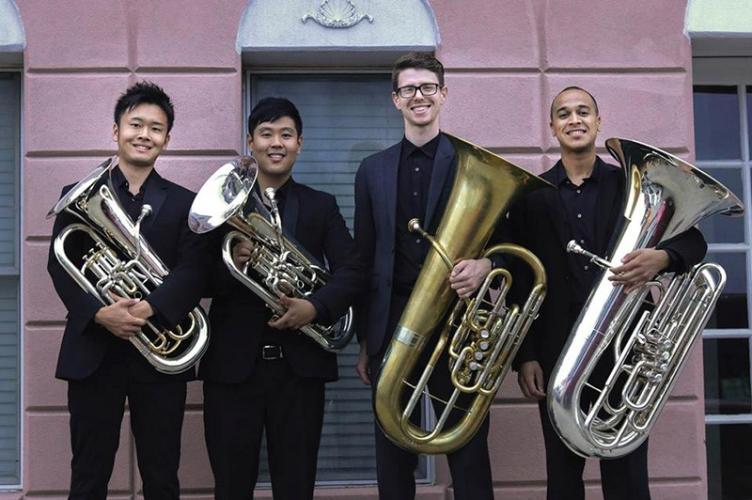 The fLOW Quartet will perform at 7:30 p.m. Wednesday, Oct. 11, in the Music Recital Hall on the SFA campus.


NACOGDOCHES, Texas – The Dallas-Fort Worth area-based fLOW Quartet will perform at 7:30 p.m. Wednesday, Oct. 11, in the Music Recital Hall on the campus of Stephen F. Austin State University as part of the SFA School of Music’s Octubafest celebration.

Octubafest is an event that occurs at many universities around the world. The observance is designed to highlight the tuba and euphonium for their solo and chamber repertoire, according to Dr. J.D. Salas, associate professor of tuba and euphonium studies at SFA.

fLOW’s program will feature the world premiere of Yuji Ono’s Quartet No. 8 “fLOW.” Other program selections are “Contrapunctus IX” by J.S.Bach, arranged by Mike Forbes; “Benediction” by John Stevens; Quartet No. 4 "4 Dreams," by Yuji Ono; and “Brink” by Dan Kramer. Dr. Danny Chapa, adjunct professor of low brass at SFA, will perform on the Serenade from “The Student Prince” by Sigmund Romberg.