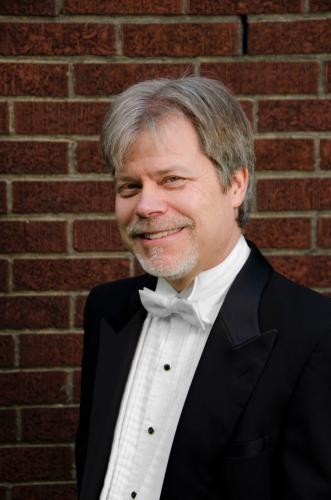 King, who is associate professor of double bass and music education in the University of Louisville School of Music, will present a recital that he describes as “a model of a personal statement about what an artist has to offer, much like an exhibition by a visual artist or painter.”

“It includes one of my compositions, one of my transcriptions, a work I commissioned, a work by a close friend, and works especially chosen for collaboration with faculty artists at SFA,” King said.

“Four Short Pieces” by David Anderson is a work King commissioned and premiered in 1993 in his hometown of Beaumont. This set of pieces has become a standard work in the double bass repertoire.

King describes another program selection, “Croquis” by Serge Lancen, as “a charming and well-written work, which highlights the double bass along with a beautifully conceived keyboard part.”

“‘Tangos Ardientes’ is a piece I composed as a wedding gift for Paul Ellison (Rice University) and Elisabeth Steves in 2013,” he said. “It has received many performances around the country and provides a great opportunity to collaborate with SFA music faculty members Carlos Gaviria, Gene H. Moon and Brad Meyer.”

King’s multi-faceted career as a double bassist, composer and arranger spans over three decades. Since 1992, he has performed in the orchestra of the Grand Teton Music Festival, often serving in titled positions. He has served as principal bassist with the Houston Grand Opera, the Texas Opera Theater, the Sunflower Music Festival, and the Des Moines Metro Opera, and has performed with the symphonies of Detroit, Cincinnati, Houston, Pittsburgh, Indianapolis and Nashville, as well as the Louisiana Philharmonic and the St. Paul Chamber Orchestra. He currently serves as member-at-large on the board of directors of the American String Teachers Association. The American String Teachers Association of Kentucky named him Teacher of the Year in 2011 and 2015.

Admission is free. For more information, call the SFA Fine Arts Box Office at (936) 468-6407 or visit http://www.finearts.sfasu.edu/. Cole Concert Hall is located in the Tom and Peggy Wright Music Building.