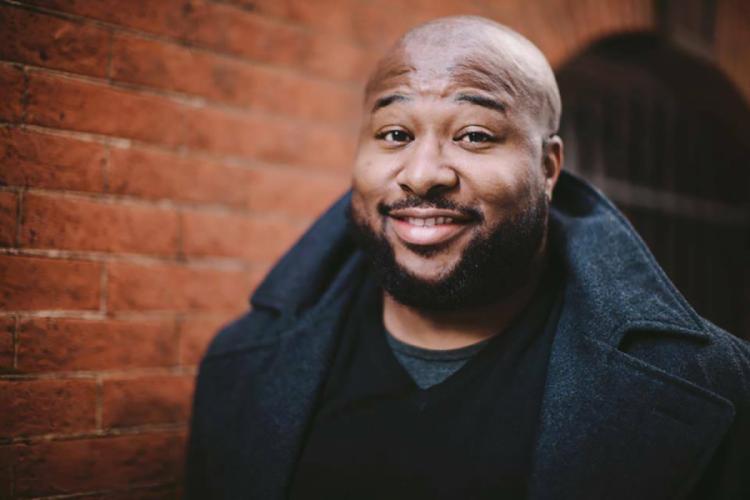 
NACOGDOCHES, Texas – When Cleo House Jr. first stepped foot onto the campus of Stephen F. Austin State University, it was to attend the High School Summer Theatre Workshop presented by the School of Theatre. Little did he know as a young aspiring actor in the early 1990s that he would return to SFA in the summer of 2017 as the director of the School of Theatre.

"It's truly a full-circle type of … well it's more than a moment," House said. "It's a life event … a full-circle life event that has brought me back to SFA and the School of Theatre. It was here that I discovered that I wasn't alone in my passion for theatre."

Athletics was an important part of House's early family life. Growing up mostly in Hooks, Texas, his dad, now deceased, was a free agent for the Miami Dolphins. His brother graduated from SFA and played Lumberjack football on scholarship. His sister is a volleyball coach at Springhill ISD. His mother is a gospel minister.

But it was the theatre that captured House's attention.

"In a way, SFA helped me solidify my life's journey," he added. "I was never one of those people who had doubts about their professional path, and there were plenty of folks who had questions about the choice for a life in the theatrical arts. But I knew theatre was it for me. I had always felt like a life in education was what I wanted, but it wasn't until I found theatre that I realized what subject in education would be my specialty."

He earned a Bachelor of Science degree from Texas A&M Commerce and a Master of Fine Arts from Texas Tech University. He taught and eventually served as coordinator/chair of theatre and performing arts programs at Penn State University – Berks, Texas Southern University and Clark Atlanta University.

Professionally, he acted in a production of "Macbeth" that was co-directed by Aaron Posner and Teller (of Penn and Teller fame) and performed for two preeminent authors in their plays – August Wilson ("The Piano Lesson") and Wole Soyinka ("Death and the King's Horseman"). He has worked in a variety of theatre venues, such as The Folger Shakespeare Library in Washington, D.C., The Lantern Theatre in Philadelphia, Pennsylvania, and Two Rivers Theatre Company in Red Bank, New Jersey. Recent directing credits include "Miss Julie," "Lend Me a Tenor," "Dreamgirls" and "Medea."

The diversity of the SFA theatre faculty and the school's student body attracted House to apply for the director's position, which was left vacant when former director Scott Shattuck became associate dean of the SFA College of Fine Arts.

"I believe that how I grew up is very similar to the type of student that SFA attracts," House said. Because of opportunities like UIL One Act Play and the summer theatre workshop, House believes many students come to SFA with a "burning desire" to establish the kind of work ethic necessary for a successful career in theatre.

"I also knew Allen Oster, and he was a fantastic teacher that influenced many like myself who attended the high school theatre workshop at SFA," he said. "But even more than all of that, Scott Shattuck has done an excellent job leading the department and establishing the School of Theatre's reputation as a school of choice for many in the South."

House said he is looking forward to learning more about the culture of SFA, the College of Fine Arts and the School of Theatre.

"The School of Theatre has a great opportunity to capitalize even more on the diversity that is represented among the students," he added. "Another factor that makes working at SFA desirable is the fact that the School of Theatre is supported by the university in a real and tangible way."

Although he plans to spend a good deal of time initially "listening and learning," House said his ultimate goal for the school is to "shoot for the stars."

"It's my intention to make sure that everyone knows how awesome our students and faculty are," he said. "I want to find more opportunities for our students and faculty to gain recognition for their talents beyond our walls – which in turn increases the profile of the School of Theatre. It's very important to continue to lessen the divide between a professional career in theatre and being a student at SFA. I want to increase the number of students we have going into graduate programs; to increase interdisciplinary collaborations with other SFA departments and the community; to get off campus to see theatre; and to support all the things the School of Theatre is already doing so beautifully."

House officially takes over Sept. 1 as director of the School of Theatre. Dr. Rick Jones, who has served as interim director for the past year, will return to full-time teaching this fall.