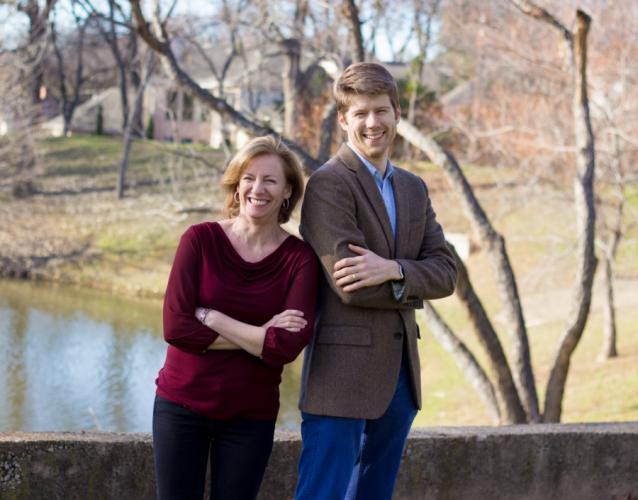 
NACOGDOCHES, Texas – The Stephen F. Austin State University School of Music will present the McDonald-Lysinger Piano Duo in a recital at 7:30 p.m. Saturday, Sept. 23, in Cole Concert Hall on the SFA campus.

Alex McDonald and Catharine Lysinger, both of Dallas, will present “The Orchestral Piano: Virtuosic Transcriptions,” which features works by Johannes Brahms, Igor Stravinsky and Maurice Ravel.

Brahms’ Variations on a Theme of Haydn, Op. 56b is now also called the Saint Anthony Variations, or the St. Anthony’s Chorale, according to Dr. Andrew Parr, professor of piano at SFA.

“Although the work is better known in its orchestral version, Brahms wrote the two-piano version first,” he said.

Stravinsky’s “Firebird Suite,” arranged by McDonald for two pianos, was written for Stravinsky’s first collaboration with Sergei Diaghilev, the famed choreographer, in 1910. The story is based on Russian fairy tales of a magical glowing bird that can be both a blessing and a curse to its owner, according to Parr.

The program also features Ravel’s “La Valse.” “This difficult solo work was also arranged for two pianos by the composer,” Parr said. “It recreates the 19th century Vienna of waltzes and balls, but with a sinister twist.”

Lysinger is widely sought after as pianist, teacher and lecturer. A collaborator in chamber music concerts with duo-piano partner McDonald, she maintains an ongoing collaboration with Voices of Change, a Dallas-based professional ensemble comprised of members of the Dallas Symphony Orchestra, which features chamber music written by living composers. She was recipient of the 2015 Outstanding Teaching Achievement Award for pre-collegiate teaching by Texas Music Teachers Association. She is professor of practice at Southern Methodist University’s Meadows School of the Arts where she teaches piano pedagogy and applied piano. She is also head of the piano pedagogy area and director of the Piano Preparatory Department.

McDonald is the festival director for Basically Beethoven, a thriving summer concert series in downtown Dallas’ Arts District now entering its 38th season. He also teaches privately, often in collaboration with his mother, Marcy McDonald. He was recipient of the 2017 Outstanding Teaching Achievement Award for pre-collegiate teaching by Texas Music Teachers Association. He has soloed with the Orquesta Sinfónica del Estado de Mexico, the Louisiana Philharmonic, the Fort Worth Symphony Orchestra and the Utah Symphony Orchestra, among others. He has performed across the United States as well as in Israel, Mexico, Canada, Japan and South Korea; additionally, he has been a featured performer on PBS.