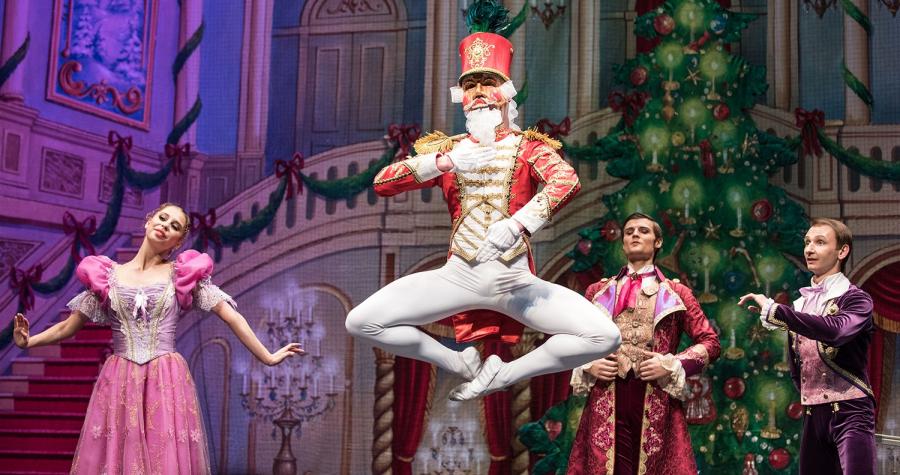 Tickets for the Moscow Ballet’s Great Russian Nutcracker to be performed at SFA Nov. 16 and 17 go on sale Monday, Aug. 14.

An Encore Event presented by the SFA College of Fine Arts, The Great Russian Nutcracker will be presented at 7:30 each night in W.M. Turner Auditorium in the Griffith Fine Arts Building.

All ages will want to celebrate Christmas with the Moscow Ballet’s company of nearly 40 ballerinas and other dancers on its 25th Anniversary Tour of North America.

Known for its award-winning, technically supreme performers, lavish costumes and magnificent backdrops, this ballet ensemble performed in 2009 before a sold-out Turner Auditorium crowd.

“The Texas premiere of this milestone tour will be a thrilling launch for the holiday season in Nacogdoches,” said Scott Shattuck, associate dean of the College of Fine Arts. “Promising repeated rave reviews, The Great Russian Nutcracker performances will likely once again see sell-out dates, so get your tickets early!”

“As soon as people learned of the Nutcracker performances, we began getting calls in the Box Office about ticket availability from not only our traditional University Series season ticket holders, but also others who want to bring their families to this special holiday celebration,” Peterson said.

A separate event apart from the University Series, Nutcracker adult tickets are $45 for Section A seating, $36 for Section B seating and $20 for Section C seating. Discounts are available for seniors, students, children, SFA faculty and staff members.