Outstanding faculty members to be honored at 29th SFA Gala 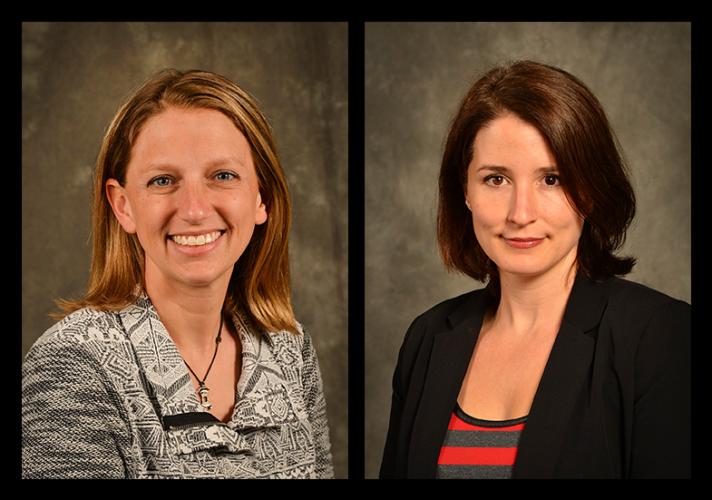 Lauren Selden
Through the promotion of a family-like atmosphere in her metalworking and jewelry classroom, Selden encourages students to think abstractly, build the inconceivable, create tools for construction, ignite thought for the viewer and bring something new to the world. She focuses her classroom on being an advocate for making, encouraging a sense of pride among students and starting new traditions of excellence.

“Lauren’s accomplishments and awards are hard-earned and a testimony to the support, admiration and value that she has among her peers,” said Christopher Talbot, director of SFA’s School of Art. “She is a significant contributor to the university community at all levels. I can honestly say that SFA is a better place because she has worked to improve her part of it.”

“I have known Lauren and her work for more than 10 years, and I feel she is the ideal candidate for this award,” said Gwynne Rukenbrod Smith, executive director of the Society of North American Goldsmiths. “I find Lauren to be a kind, patient, caring person that is reflected in her approach to teaching. She values every student and works hard to ensure each student is able to realize his/her best potential.”

Selden has participated in 12 solo and two dual exhibitions. In the past 14 years, she has shown work in almost 70 national and international exhibitions, taking one first place and several honorable mention awards. Selden has given lectures, presentations and demonstrations in the U.S. and around the world, including in Germany and Brazil.

“Being a highly-motivated educator, Lauren spends a tremendous amount of time teaching and mentoring students both inside and outside the classroom,” said Jeffie Brewer, assistant professor of sculpture at SFA. “Lauren’s dedication to the classroom could almost be seen as a detriment to her own personal practice as an artist, but somehow she pulls it off brilliantly. While her résumé will tell you of her other accomplishments and awards, it will not point out the true level of commitment she has to SFA and its students.”

Candace Hicks
Hicks began working at SFA in 2012 teaching 2-D design. During an almost six-year timespan, her work has been featured in 14 solo and 26 group exhibitions as well as approximately 30 juried shows. Hicks’ work in juried shows has garnered a number of recognitions, including Best of Show in Rochester Public Library’s International Art of the Book and second place for her work in Fantastic Fibers produced by the Yeiser Art Center in Paducah, Kentucky.

Dr. A.C. “Buddy” Himes, dean of SFA’s College of Fine Arts, said research within fine arts disciplines is represented by work that others in the field nationally recognize as an example of high ideals or consider the artist as an authority and seek his/her expertise.

“It was truly a privilege to host an artist who has not only been featured in such eminent institutions across the world, but who also has been included in many of their permanent collections,” Marino said. “Her books are in more than 40 different university collections ranging all the way from the University of Wisconsin at Milwaukee to the University of Applied Arts Vienna to Harvard University Art Library.

“There is no questioning the quality of Candace Hicks’ achievements, which are considerable to say the least,” Marino added. “Her distinguished reputation precedes her, which can be seen in the confidence and respect of the curators who extend her the invitation to show at their institutions.”

The Gala cocktail reception begins at 6 p.m. and will be followed by a candlelight dinner at 7 p.m. Entertainment will begin about 8:30 p.m. and will be provided by Blind Date, featuring seven of Austin’s most accomplished musicians whose repertoire ranges from dance music to jazz, rock, country and hip hop.

Tickets are $175 for orchestra seating and $125 for ballroom seating. Proceeds from the Gala help build a permanent endowment created by the SFASU Foundation to honor faculty member achievement. For more information or to purchase tickets, call April Smith, associate director of development at SFA, at (936) 468-5406.