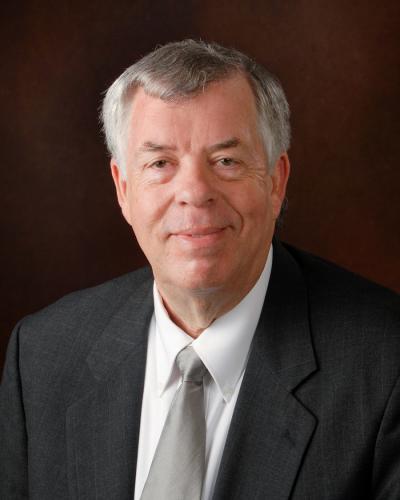 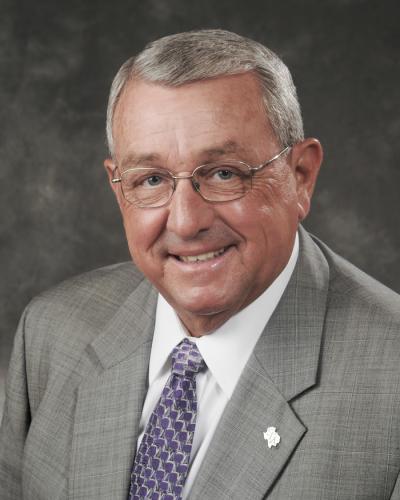 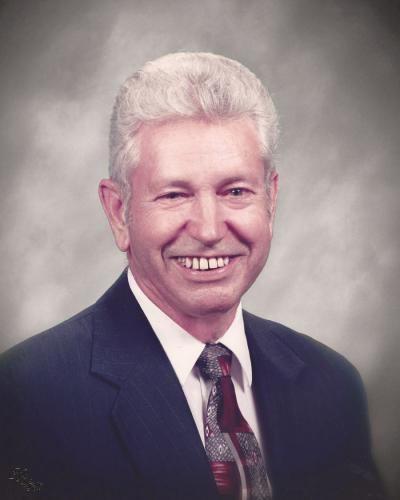 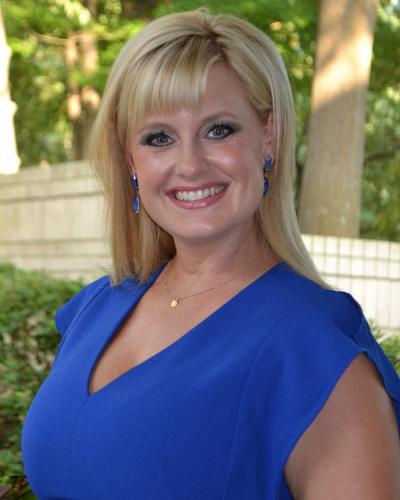 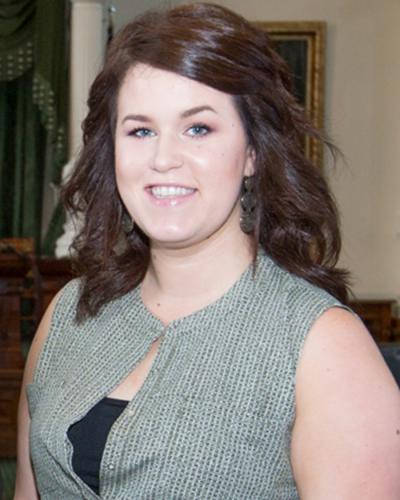 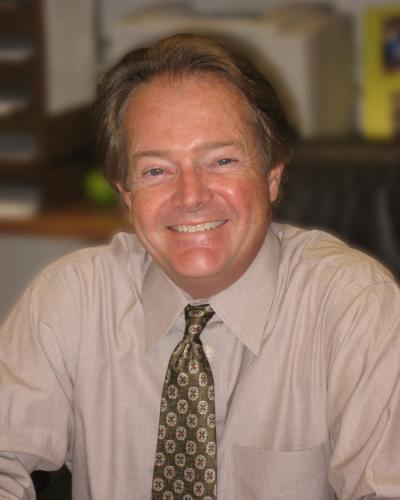 The Alumni Association awards its highest honors to individuals who have made outstanding contributions to their professions and the community and who advance the goals and values of SFA.

Dickerson is a 1968 SFA graduate and current resident of New Braunfels. After earning his bachelor's degree in chemistry from SFA, Dickerson continued his education and later received his Juris Doctor from South Texas College of Law. Dickerson began his employment with Dow Chemical Company in 1968 as a research chemist and in 1979 moved into Dow's Intellectual Property Department where he advanced to senior managing counsel for Dow's Polyolefin and Elastomers business. In this role, he represented the company nationally and internationally, developed new and innovative chemical processes, and managed multimillion-dollar budgets and joint venture relationships. He retired from Dow Chemical in 2004.

After his retirement, Dickerson and his wife, Linda, who also attended SFA, became heavily involved in community service. In 2007, Gov. Rick Perry appointed Dickerson to serve on SFA's Board of Regents. During his six-year tenure on the board, Dickerson served as board secretary and chairman of the Academic Affairs Committee. He has served on the Texas Higher Education Coordinating Board's Strategic Planning Committee and the District Review Commission of the Texas Medical Board. Dickerson was president of Comal County Habitat for Humanity and treasurer of the New Braunfels Library Foundation board. Dickerson and his wife were selected as New Braunfels 2016 Unsung Heroes.

Dickerson demonstrates a passion for SFA and its students. He has traveled to Nacogdoches multiple times to evaluate senior research presentations and participate in roundtable discussions with undergraduate students to provide career advice. In 2013, he delivered the commencement address. Dickerson and his wife are Lumberjacks through and through, often attending sporting events with their family, including their two granddaughters. Dickerson's representation and commitment to SFA as a graduate, regent and life member of the SFA Alumni Association continues to be unwavering.

Robertson is a 1951 SFA alumnus, receiving his bachelor's degree in biology. He continued his studies in Bryan, Texas, where he received both his master's and doctoral degrees. Robertson and his wife, Kathryn, returned to Nacogdoches in 1964, and Robertson began a 35-plus year career teaching biology at the university. During his tenure at SFA, Robertson was named Regents Professor in 1982, the highest honor SFA may bestow on a faculty member. Upon his retirement in 1999, he was named professor emeritus of biology.

Robertson's many contributions to SFA include serving as a pre-professional advisor and Homecoming parade volunteer organizer.

Robertson passed away July 29, 2015. The Distinguished Alumni Award is being bestowed upon Robertson posthumously. Although Robertson is deceased, his love for SFA continues through his five children, who all attended the university, three earning bachelor's degrees, and two grandchildren, who are SFA graduates.

Before and after her 1999 graduation from SFA, Woods has bled purple and white. After graduating, she represented SFA in Dallas/Fort Worth for two years as an admissions recruiter for the university. She later founded Julie Woods & Associates, one of the leading real estate firms in Northeast Texas, with offices in Kilgore and Longview.

Woods is active in her community, engaging in numerous civic, political and social activities. She has served as a board member for the Gregg County Appraisal District, ArtsView Children's Theater, Junior Achievement, Junior League of Longview, Legacy Longview, University of Texas at Tyler Longview University Center, and Neal McCoy's East Texas Angel Network. As owner of her real estate firm, she has hired and mentored many SFA graduates and helps fund SFA scholarships through her annual sponsorship of the Longview/Greater East Texas Chapter Golf Tournament.

Mitchell is a two-time SFA alumna, graduating in 2010 with a bachelor's degree in child development and family living and 2012 with a master's degree in public administration. She currently works as the communications director and policy analyst for Texas Sen. Robert Nichols.

During 2010-11, Mitchell was appointed by Gov. Rick Perry to serve as SFA's student regent. As a student, she also served as the president of the Student Government Association, Circle of Omicron Delta Kappa Leadership Honor Society and Jacks Council on Family Relations.

Mitchell is an avid supporter of SFA's athletic programs. She is a regular attendee at SFA alumni-related events in the Austin area and spreads her purple pride wherever she goes.

Tkacik began his teaching career at SFA in 1999 as assistant professor of political science. He was later promoted to associate professor and named professor in 2009. Since 2008, Tkacik has served as the director of SFA's School of Honors.

He received the College of Liberal and Applied Arts Teaching Excellence Award in 2002 and was a Fulbright Award recipient in 2004. He was later a recipient of a Fulbright Senior Specialist Award.

Tkacik has traveled and taught abroad in locations such as Azerbaijan, Kyrgyzstan, Slovakia and Turkey. He is a prolific writer and researcher, authoring myriad journal articles and a book titled "Nuclear Strategy in the 21st Century: Balancing Safety and Deterrence in an Anarchic World" in 2003. Tkacik has presented papers in Sweden and Finland and lectured in New Zealand, the Czech Republic and England. He has served on dozens of committees.

While Tkacik enjoys research, he is most comfortable in the classroom. He has taught classes in American foreign policy, international terrorism, international law, politics and strategy, and American government, to name a few.

Tickets to the Alumni Awards ceremony and dinner are available through Sept. 1 for $50 per person and $500 for a table of 10. For more information or to purchase tickets, contact Jennifer Sowell at (936) 468-3407 or sowelljm1@sfasu.edu.