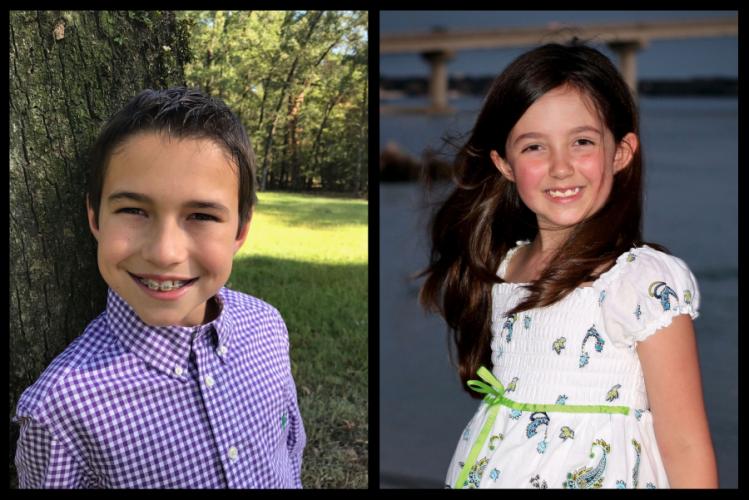 Preston Turnage and Madeline Reina will serve as SFA’s 2017 Homecoming Children of the Court.


NACOGDOCHES, Texas — Preston Turnage, of Nacogdoches, and Madeline Reina, of Whitehouse, will serve as children of the court during Stephen F. Austin State University’s Homecoming celebrations Oct. 20 and 21.

Preston Aaron Turnage is the 11-year-old son of Craig, a 2000 and 2005 SFA graduate, and Tonya, a 1999 SFA alumna. The Turnages are lifetime members of the Alumni Association.

Preston is in the sixth grade at Central Heights Middle School and plays soccer for the Blue Diamonds. He enjoys playing on his iPad and outdoor sports. Preston is a regular at SFA athletic events where he strives to make an appearance on the dance cam at each game. During a January 2017 basketball game, Preston showcased his dancing skills and won the evening’s dance competition. He loves SFA and hopes to follow the family tradition of becoming a Lumberjack in 2024. Preston has an older brother, Brandon, who is a freshman at Central Heights High School. Brandon served as the 2013 SFA Homecoming crown bearer.

Madeline Carys Reina is the 9-year-old daughter of Laura Reina and Jason and Kinnie Reina. Laura, a 2005 graduate of SFA and former Homecoming queen nominee, resides in Tyler. Jason is a 2003 and 2017 SFA alumnus, and Kinnie graduated in 1999. They reside in Nacogdoches.

Madeline’s grandparents are Bob and Gail Hammontree of Schulenburg and Tommy and Terri Grogan of Alto. Madeline recently became a big sister when Jason and Kinnie welcomed Evan Michael Reina in April. Madeline is a fourth grader at Stanton-Smith Elementary School in Whitehouse where her favorite subjects are reading, music and science. She also attends Tyler Music Academy.

In her free time, she enjoys singing, reading, playing Minecraft and Roblox with her friends, and doting on her dog, Buster. Madeline aspires to — in no particular order — be the first female president of the United States, a veterinarian and host her own YouTube channel when she grows up.

Preston and Madeline will ride in the Homecoming parade and participate in the crowning of the SFA Homecoming queen during halftime of the SFA versus Houston Baptist University football game, which begins at 3 p.m. Oct. 20 at Homer Bryce Stadium on the SFA campus.