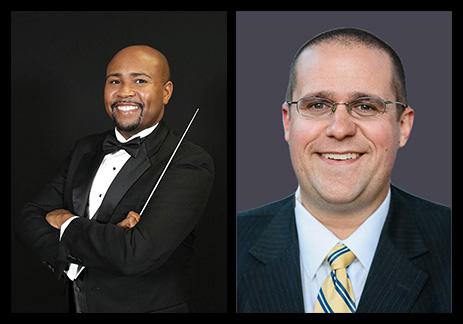 “These two alumni are excellent representatives of SFA in everything they do,” said Fred J. Allen, director of bands at SFA. “They are shining examples in our profession and even to our current students.”

Phi Beta Mu is a service organization whose goals are the promotion of school bands, school musicians and the furtherance of school bands in the eyes of the public. Graves, who currently teaches in Roma ISD, said he was “humbled” by the recognition.

“Considering the incredible list of previous recipients, and the numerous music educators across the state of Texas who are making such an impact on the lives of their students and communities, it is quite humbling to be even put in the same category,” he said. “I am grateful for the recognition of what the students and faculty of Roma ISD do daily.”

Graves earned a Master of Music in Euphonium Performance from The Ohio State University as a graduate fellow in 2008. He is in his 10th year of teaching and has been with the Roma ISD since 2010. Prior to moving to Roma Middle School, he taught two years with La Joya ISD.

Graves is a Bill and Melinda Gates Millennium Scholar and the Region XV Middle School Coordinator. Bands under his direction have consistently received superior sweepstakes ratings at UIL Concert and Sight-reading Contest and have also earned high levels of recognition on state, national and international stages.

Mike Brashear, TBA executive director, welcomed Little to the organization’s board, stating, “We look forward to his leadership and expertise as he represents the fine band programs from East Texas.”

“Being elected to the TBA board of directors is a very humbling and exciting experience,” Little said. “I am thrilled to have the chance to serve with such an outstanding group of fellow directors. Professionally, I know that I will learn a lot during my years on the board, and I hope to be able to contribute to best of my ability.”

TBA board members start as sergeant-at-arms, then move up through the offices of secretary, treasurer, vice president, president-elect, president and past president. Board members serve on the board for seven years and oversee all activities of the TBA, including the annual TBA Convention/Clinic held in San Antonio at the end of July.

Little is director of bands at Lufkin ISD. He is entering his 16th year of teaching and his second year at Lufkin. He taught for eight years at New Diana High School and six years at Henderson Middle School. His bands consistently earn top rankings in UIL and invitational competitions.

Both Graves and Little credited SFA with preparing them to be successful as band directors and music educators.

“SFA provided so many great opportunities for learning,” Graves said. “I have always felt that the staff was giving of their time, even after graduation, to help propel their students to success. It is a great student-centered environment that I am proud to call my alma mater.”

“SFA is, in my opinion, one of the top music schools in the state,” Little said. “There are many successful band directors that graduated from SFA. The faculty is very purposeful in what students learn as they progress through their degree plan. One thing about SFA that aids in the success of their future band directors is that professors are available for mentorship, even after you have graduated. The professional help network that Lumberjack Band alumni enjoy is second to none.”