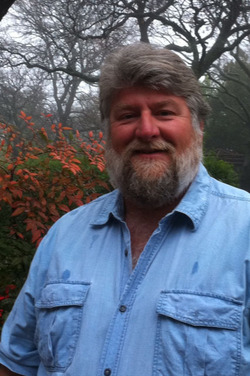 Steven Chamblee, director of Chandor Gardens in Weatherford, Texas, will be the guest speaker for the SFA Gardens' monthly Theresa and Les Reeves Lecture Series, slated for 7 p.m. April 13 in the Brundrett Conservation Education Building at the Pineywoods Native Plant Center.

Chamblee has been active in horticulture for 40 years. He began developing his green thumb in the 1970s while transplanting trees with his father.

In 1986, Chamblee joined the Fort Worth Botanic Garden as a gardener and later worked as a greenhouse attendant. He enrolled in horticulture programs and earned an Associate of Applied Science at Tarrant County Junior College before completing a Bachelor of Science from Tarleton State University.

Chamblee continued his studies through a fellowship in the prestigious Longwood Graduate Program in Public Horticulture and earned a master's degree in public horticulture administration from the University of Delaware. After graduate school, he worked as the native plant horticulturist for the Heard Natural Science Museum in McKinney then returned to the Fort Worth Botanic Garden, where he later served as education director for four years.

Currently, Chamblee gives presentations across Texas and writes a monthly e-newsletter column entitled "Native Son." He has authored dozens of magazine articles and the book, "The Story of Chandor Gardens." He has a forthcoming book tentatively titled, "Mason's Quest: Atonement for the Maya."

Parking is available at nearby Raguet Elementary School, located at 2428 Raguet St., with continual shuttle service to the Brundrett Conservation Education Building.