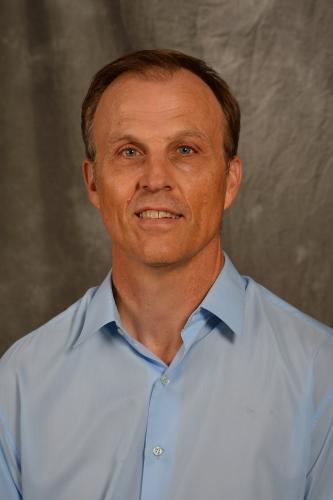 Before every class, Dr. Jim Ewing, assistant professor at SFA, invites his students to arrive early for a dance warm up.

“I’ve always believed I can’t dance, and a lot of elementary teachers believe they can’t do math,” Ewing said. “So, I practice dancing and invite students to join. I’m vulnerable because I’m doing something I’m not very good at, and I’m taking a risk. Likewise, I encourage students to take a risk in teaching math.”

While this method may seem atypical for a math class, Ewing’s teaching style and strategies have been shared worldwide through his Ewing Learning website (ewinglearning.com), which he created to serve as a resource for educators teaching math to English Language Learners and students living in poverty.

“A lot of people believe math is math, yet ELLs aren’t doing as well as they could because teachers lack the necessary preparation,” Ewing said. “When I was growing up, it wasn’t necessary to have command of the language to teach math. Students would just do worksheets, but now it’s important to explain it.”

Ewing feels a kindred connection with ELLs. After a meeting with his advisor while an undergraduate studying sociology years ago, Ewing decided to combine his major with Spanish.

“When I left my advisor’s office, I saw this beautiful poster of Seville, Spain, and a month later I completed my final semester abroad,” Ewing said. “I liked Spain so much, I stayed for 24 years.”

While Ewing is now fluent in Spanish, when he first traveled to Spain he only knew a handful of words and recalls being confused when someone said, “Hasta luego (See you later).”

In Spain, Ewing taught elementary school for 24 years, and he also served as head of the primary school in Malaga, Spain.

Upon returning to the U.S. and earning his doctoral degree in teaching and curriculum from Syracuse University in New York, Ewing applied to 100 universities and joined the SFA faculty in 2015.

“It’s always been my dream to be a professor. My dad was a professor at Cornell University, and my mom was a teacher,” Ewing said.

As an assistant professor at SFA and a teaching consultant, Ewing has a dual responsibility to educate new teachers through his SFA courses and educate established teachers through Ewing Learning online.

“I have an international background and taught students from all over the world. I like to share that experience with other teachers and working at SFA and using Ewing Learning helps me accomplish that,” Ewing said.

At SFA, Ewing teaches elementary math education and serves as a field supervisor for teacher interns at the SFA Charter School. He also collaborates with staff members at Raguet Elementary School to offer SFA students the opportunity to work with ELLs and students living in poverty.

Additionally, Ewing serves as a mentor for Big Jacks, an organization dedicated to helping, educating and encouraging children in the Nacogdoches Independent School District. He has been nominated to serve on the diversity committee at SFA and has had several journal articles published. Currently, he is writing a book regarding strategies for teaching math to ELLs.