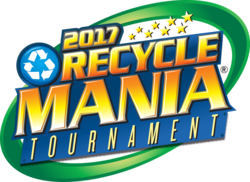 RecycleMania is a friendly competition and benchmarking tool for college and university recycling programs in the U.S. and Canada to promote waste reduction activities on their campuses. Stephen F. Austin State University recently won first place in the Southland Conference RecycleMania tournament, for the second consecutive year.

NACOGDOCHES, Texas - Stephen F. Austin State University produces champions in many areas, including academics and athletics. Now, SFA students and faculty and staff members have another area in which they excel - recycling.

Members of the SFA community recently learned that for the second consecutive year the university won first place in the Southland Conference RecycleMania tournament.

RecycleMania is a friendly competition and benchmarking tool for college and university recycling programs in the U.S. and Canada to promote waste reduction activities on their campuses.

During an eight-week period in the spring, schools reported the amount of recycling and trash collected each week. Then, the schools were ranked in various categories based on which school recycled the most on a per capita basis, as well as which school had the best recycling rate as a percentage of total waste.

Additionally, the schools were ranked on which school generated the least amount of combined trash and recycling.

SFA competed against other schools in the Southland Conference and received first place with a grand total of 39,530 pounds of recyclables from February to April 2017. In the per capita classic category, which includes paper, cardboard, bottles and cans, SFA recycled 7.15 pounds per person. SFA recycled 3.95 pounds per person of corrugated cardboard.

"I am so thankful for the students and faculty and staff members who participated in SFA's recycling initiatives and increased our recycling by 5,000 pounds from last year's final score," Jenna Gonyea, SFA Dining's sustainability student intern who led the charge for SFA's tracking in the competition, said. "I can't wait to see what the coming years hold for our recycling efforts on campus."

Overall, SFA diverted more than 26 percent of material from the landfill.

Candace Bell, marketing manager for SFA Dining Services, echoed Gonyea's praise of SFA stakeholders. "I want to thank everyone who participated in supporting this program," Bell said. "There were several initiatives that helped lead to the overall success of RecycleMania, including installation of new recycling bins in residential halls, academic, auxiliary, recreation and other buildings on campus. Ultimately though, it's the students and faculty and staff members who use these receptacles that make it successful."