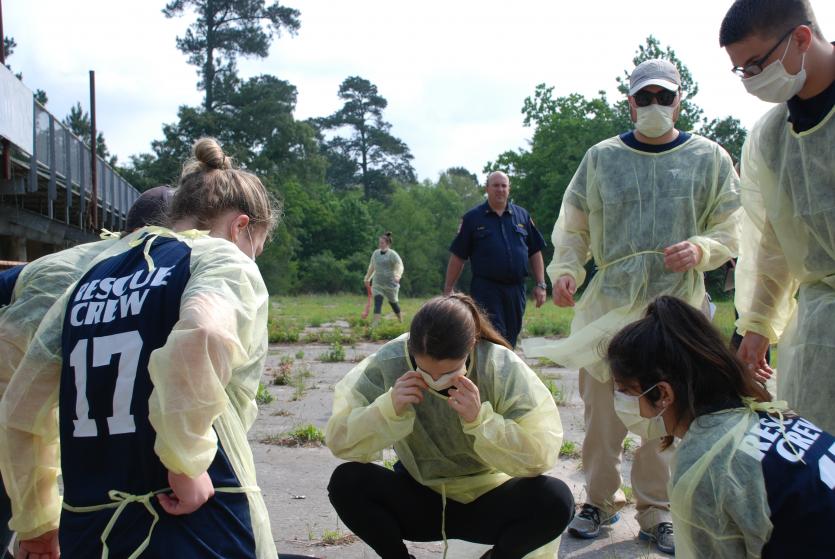 
NACOGDOCHES, Texas - Seniors pursuing a Bachelor of Science in Nursing in Stephen F. Austin State University's Richard and Lucille DeWitt School of Nursing recently held a disaster drill in conjunction with local emergency personnel to help better prepare in the event of a crisis.