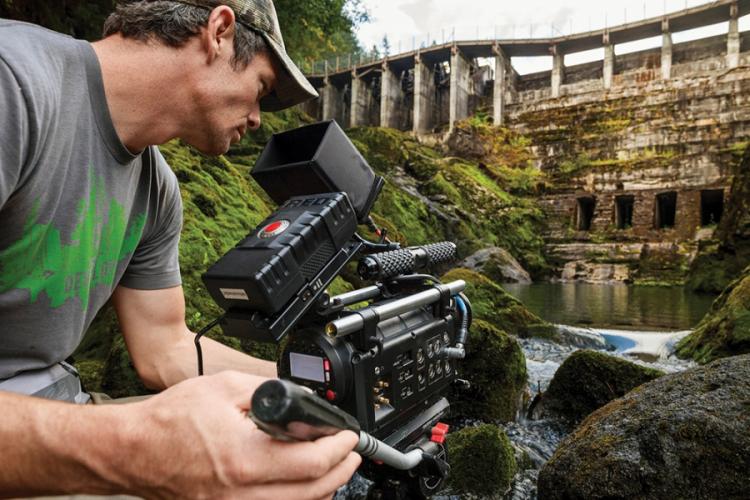 Ben Knight films the former Elwha Dam before its removal from the Elwha River in Washington in a scene from “DamNation.”


NACOGDOCHES, Texas – The Stephen F. Austin State University School of Art and the Friends of the Visual Arts will present a free, one-night screening of “DamNation” at 7 p.m. Friday, Nov. 3, in The Cole Art Center @ The Old Opera House in downtown Nacogdoches.

Directed by Travis Rummel and Ben Knight, “DamNation” is a 2014 advocacy documentary about the changing attitudes in the U.S. concerning the nation’s large system of dams.

“DamNation” takes a powerful film odyssey across America to explore the change in national attitude from pride in big dams as engineering wonders to the growing awareness that the future is bound to the life and health of rivers, according to information at http://damnationfilm.com/the-film. Where obsolete dams come down, rivers bound back to life. “The film’s majestic cinematography and unexpected discoveries move through rivers and landscapes altered by dams, but also through a metamorphosis in values, from conquest of the natural world to knowing ourselves as part of nature,” the website says.

“DamNation” won the Audience Choice Award at Austin’s 2014 South by Southwest and at the 2014 Environmental Film Festival at Yale, where it also won the Grand Jury Prize. The film was named Best Conservation Film at the 2014 International Wildlife Film Festival. It won numerous environmental documentary awards. The film runs 87 minutes.