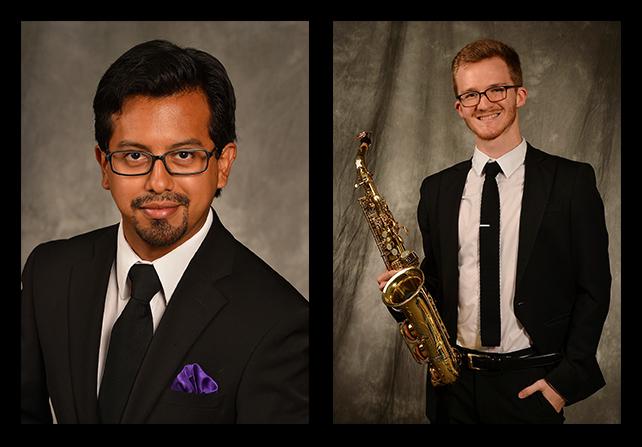 
NACOGDOCHES, Texas – The Orchestra of the Pines at Stephen F. Austin State University opens its 2017-18 season with Ludwig van Beethoven’s Seventh Symphony on Monday, Oct. 2, at 7:30 p.m. in Cole Concert Hall on the SFA campus.

The Orchestra of the Pines, in its 12th season with SFA’s Director of Orchestras Dr. Gene H. Moon, continues the tradition of presenting classical orchestral concerts to the community, students and region.

Beethoven’s Seventh Symphony, considered to have “eclipsed” the renowned composer’s prior six symphonies, was last performed by the orchestra in March 2009, which was the inaugural year when the orchestra became a wholly student orchestra. “So the work has a special place in my repertoire,” Moon said.

“All of Beethoven’s symphonies are considered major works in the evolution of symphonic literature,” Moon said. “For every argument that his greatest is the Fifth Symphony, an equal faction of arguments will be made to support the Seventh Symphony as the pinnacle representation of Beethoven’s greatest symphony.

“Regardless of the argument, most will agree that the Seventh Symphony is one of the most popularly programmed pieces of music by the composer,” he added.

The program will also feature Prelude to “Hansel and Gretel” by Engelbert Humperdinck.

“‘Hansel and Gretel’ is arguably one of the most successful opera fairy tales ever penned to paper,” Moon said. “It remains one of the most beautiful concert overtures performed onstage, chock full of soaring melodies and picturesque moments that portray its operatic characters.”

Moon described the the Tomasi concerto as “sensational work that brilliantly joins elements of jazz alongside the bombastic forces of the orchestra.”

“It’s like Prokofiev meets Gershwin, all wrapped up in the subtle nuances of French compositional mastery,” he said.

Moon explained that ’O vin, dissipe la tristesse’ is a melancholy aria from Thomas’ opera in which the title character of name, Hamlet, sings of his love for wine and his desire for it to dissipate his sadness.

A native of El Paso, Garza is a recent SFA graduate with a Bachelor of Music in Vocal Performance. While at SFA, he was a student of Dr. Scott LaGraff. During his studies, Juan performed the title role in “Gianni Schicchi,” Kezal in “The Barterded Bride,” Joe in “The Most Happy Fella,” and Melchior in “Amahl and the Night Visitors.” This past spring, he performed the role of Mr. Ford in “The Merry Wives of Windsor.” He has performed leading roles in scenes from “La bohème,” “Falstaff,” “Le nozze di Figaro,” “Rigoletto,” “Don Giovanni,” “Street Scene,” “Kismet” and “The Merry Widow.” He has also performed solos in Wolfgang Amadeus Mozart’s Requiem, George Frideric Handel’s “Messiah,” Gabriel Faure’s Requiem, and the “Seven Last Words of Christ” by Théodore Dubois. In 2014, Garza was accepted as an apprentice artist at Opera in the Ozarks. He has performed numerous roles with the Gilbert and Sullivan Company of El Paso. Currently, Garza is a member of the Houston Grand Opera Chorus and teaches private voice in Houston.

Augustine is a senior at SFA studying with Dr. Nathan Nabb. He is from Humble where he attended Atascocita High School. As the soprano chair of the Orphic Quartet, Augustine and his ensemble placed first in the 2016 State MTNA Chamber Competition, was a finalist in the Coltman Chamber Competition, and presented a recital in the Navy Band's 39th International Saxophone Symposium. The Orphic members were recognized as Top Scholars in the 2017 SFA Undergraduate Research Conference. Augustine has performed in master classes with Dr. Frederick Hemke, Professor Joseph Lulloff, and the Masato Kumoi Saxophone Quartet. He is working toward a Bachelor of Music Pre-Certification and hopes to pursue graduate studies in saxophone performance.