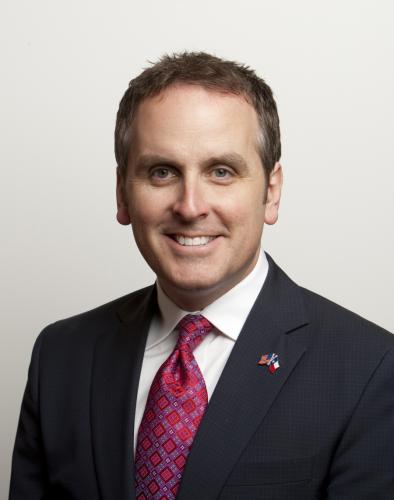 Hughes is serving his first term in the Texas Senate, representing the 16 counties of Senate District One in Northeast Texas. Previously, he represented District Five in the Texas House of Representatives for seven terms.

He has received numerous awards for his work in the Legislature, including the Taxpayer Champion Award from Texans for Fiscal Responsibility, the Horizon Award from Texas Right to Life and “Defender of the American Dream” from Americans for Prosperity.

He later attended Baylor University School of Law and received his law degree in 1995. Hughes served as a law clerk to U.S. District Judge William Steger of Tyler from 1995-97.

Master’s and doctoral candidates will graduate with their respective colleges, and Hughes will provide the commencement address at both ceremonies.