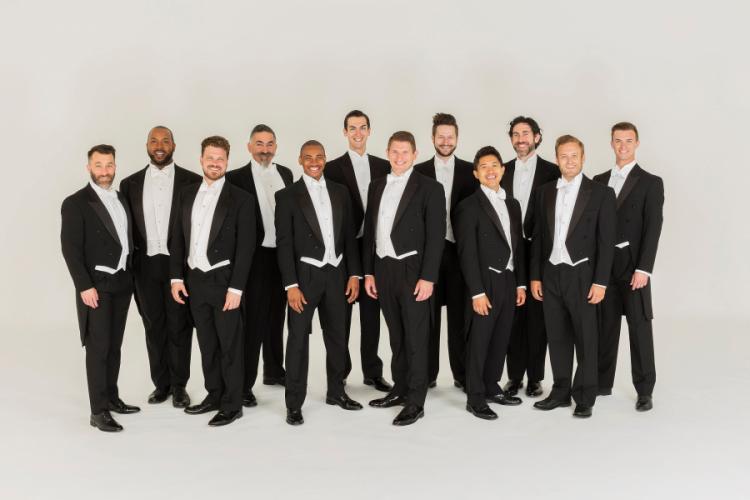 
NACOGDOCHES, Texas – Still looking for a unique Christmas gift for that someone who has everything? Tickets are available for the University Series performance of Chanticleer, the Grammy Award-winning a cappella choir, at Stephen F. Austin State University.

The SFA College of Fine Arts will present Chanticleer at 7:30 p.m. Friday, Jan. 19, in W.M. Turner Auditorium on the SFA campus.

Known around the globe as “an orchestra of voices,” the a cappella choir is famous for the seamless blend of its 12 male voices, ranging from soprano to bass, and its original interpretations of songs, from Renaissance to jazz and from gospel to pop, according to Scott Shattuck, associate dean of the College of Fine Arts and director of the University Series.

“I’ve waited for decades to get to hear Chanticleer in a live performance,” Shattuck said.  “It’s a special thrill for me to have played a part in bringing them back to Nacogdoches.

Since Chanticleer began releasing recordings in 1981, the group has sold well over a million albums and won two Grammy awards.

The performance is sponsored in part by BancorpSouth.

The SFA campus and the Fine Arts Box Office will be closed Dec. 21 through Jan. 1 for the Christmas holiday break.