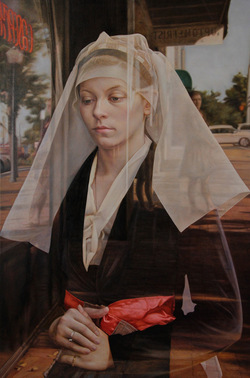 First place in Texas National 2017 was awarded to Yeqiang Wang's "Return to Classic."

NACOGDOCHES, Texas -Yeqiang Wang, an artist from Topeka, Kansas, was selected as having the winning entry in the 2017 Texas National Competition and Exhibition at Stephen F. Austin State University.

Juror Benito Huerta chose Wang's "Return to Classic" for the top honor in this year's prestigious competition that garnered more than 90 pieces of art by 81 artists from 29 states as entries.

SFA School of Art faculty members agreed that this year's competition was "unusually strong," according to John Handley, director of SFA Galleries.

"Mr. Huerta said at the opening reception that overall the show had a considerably high level of work," Handley said, "which is why he gave seven honorable mentions as well as choosing the typical first-, second- and third-place winners."

Honorable mentions were awarded to:

The School of Art's annual juried competition and exhibition attracts entrants from across the United States, providing artists an opportunity to have their work juried by highly regarded artists and critics.

Texas National and a show of Huerta's own work can be viewed through June 10 at The Cole Art Center @ The Old Opera House in downtown Nacogdoches. Gallery hours are 12:30 to 5 p.m. Tuesday through Friday and from 10 a.m. to 5 p.m. Saturday.

The exhibitions are sponsored in part by the SFA Friends of the Visual Arts, Nacogdoches Junior Forum and Texas Commission on the Arts. 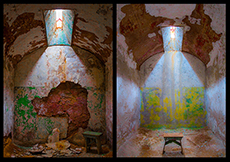