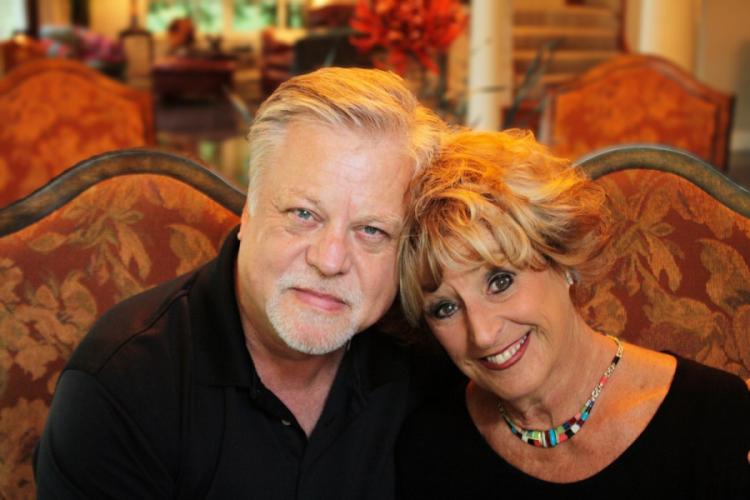 
This event has been CANCELED!

“Christmas Chronicles,” a program of sentimental songs and stories, features local talents and beloved performers Brad Maule and Rhonda Plymate Simmons. In addition to the holiday-themed entertainment, the audience will be treated to a full meal that includes a dinner entree, drink and dessert, according to Cleo House Jr., director of the SFA School of Theatre.

“Our purpose with this event is to raise money for our Friends of Theatre fund, which goes to support student scholarships, student travel to conferences and student research,” House said. “This is a great way to bring in the holiday season, support SFA students and be entertained. It is a good cause that gives back to others and to you.”

“Christmas Chronicles” was originally conceived by Dr. Alan Nielsen, professor emeritus in the School of Theatre, who died in March of this year. Nielsen directed 25 productions at SFA, from “Lovers and Other Strangers” in 1991 to “She Stoops to Conquer” in 2011, when he retired. Nielsen created the traveling musical troupe The Original Cast and both composed and produced their shows throughout his years at SFA.

“This nostalgic holiday presentation is meant to offer a little music, a little poetry, and a lot of fun,” according to Scott Shattuck, associate dean of the College of Fine Arts, professor of theatre and director of this presentation of “Christmas Chronicles.”

Maule is a faculty member of the schools of Theatre and Art at SFA. Before returning to his alma mater in Nacogdoches, he spent 22 years as a star of television’s "General Hospital,” earning two Daytime Emmy nominations for his acting, and as a guest star on dozens of primetime series. He is well known in Deep East Texas for his television and commercial appearances and his support of countless local charity events and businesses.

Simmons was a professional actor and singer in Dallas and New York City for several years before coming to Nacogdoches to start a family, open a business, and earn a master’s degree in theatre at SFA. As a student here, her roles included Mama Rose in “Gypsy” and Portia in “The Merchant of Venice.” She later appeared with SFA faculty and staff members in “Murder at the Howard Johnson’s” and later in the Summer Repertory Theatre production of “The Beauty Queen of Leenane.” She is also owner of Express Employment Professionals serving Nacogdoches and Lufkin.

Simmons and Maule acted together in the 2015 SFA presentation of “August: Osage County” and hosted a reading of A.R. Gurney’s “Love Letters” in the fall of 2016.

Tickets for “Christmas Chronicles” are $50 per person. For tickets or more information, call the SFA Fine Arts Box Office at (936) 468-6407 or visit www.finearts.sfasu.edu.

“So book for you and your guests soon as possible,” House said, “but don’t assume if you’re late buying tickets that you’re too late. You never know.”