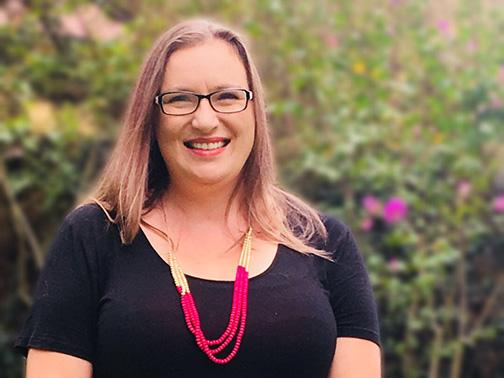 Alisha Pangborn, a recent Stephen F. Austin State University graduate who studied early childhood education in the James I. Perkins College of Education, interned with the Christian Alliance for Orphans. During her four-and-a-half-month internship, Pangborn worked as the applied research and best practice intern.


NACOGDOCHES, Texas — As she sat in the pew listening to the sermon, her ears suddenly perked up as the preacher shared an alarmingly high statistic about the number of orphans. This statistic made her mind spin with questions, thoughts and concerns.

“Having traveled abroad and seen vulnerable children situations in several countries and then beginning my studies at Stephen F. Austin State University, I was frustrated with the sermon’s information,” said Alisha Pangborn, a recent SFA graduate who studied early childhood education in the James I. Perkins College of EducationWhile the preacher called for families to care for orphans, Pangborn knew, “The problem is much more complex than you take a kid, I’ll take a kid and then there will be no more orphans. The problem includes the children and families who are hurting or need support and opportunity.”

Pangborn’s experience working with orphans and children in vulnerable situations gave her a unique insight into the problem her preacher was discussing.

“I’ve been in some of those orphanages, and I know many of those ‘orphans’ don’t need adoption; they have families. Many of those families drop kids off at orphanages when things get tight and sometimes come and take them back later, sometimes not,” she said. “Also, many children who are not considered orphans are in severe need.”

Listening to the sermon gave Pangborn an idea. She began researching both the preacher’s statistics and the interpretations and stories behind them. It was while conducting that research she discovered an article by the Christian Alliance for Orphans titled “On Understanding Orphan Statistics.”

“I immediately knew I loved this organization and was thrilled to find they were looking for an intern,” Pangborn said.

She applied for an internship with the CAFO, an organization uniting more than 190 organizations and more than 650 church members to care for orphans and vulnerable children around the world.

“I wanted to be a part of the change in how we view and care for vulnerable children,” Pangborn said.

During her four-and-a-half-month internship, Pangborn worked as the applied research and best practice intern. In this role, she helped organize the CAFO Summit in Dallas that brought more than 2,000 foster and adoptive parents, orphan advocates, pastors and professionals together to explore effective foster care, adoption, family preservation and global orphan ministry. She helped coordinate invitations, literature and presenters.

Additionally, Pangborn assisted in creating an electronic book as a support tool for the summit titled “The Changing Brain: Created to Heal.” This book is a resource used to explain the effects neuroplasticity — how the brain can change in reaction to the outside environment — has on orphans and vulnerable children.

“My SFA education gave me the research skills I needed to complete the book. It also gave me a deeper understanding and method for approaching challenging situations with children,” Pangborn said.

For Pangborn, the benefits of the internship were plentiful. She networked with leaders in the field, practiced her research skills and learned more about the issue at hand while also reaffirming her passion for orphaned and vulnerable children.

“It opened my eyes to a whole different area that I really didn't realize existed,” Pangborn said. “Caring for vulnerable children goes far beyond their education or the social worker who might place them in foster care. There are people studying and improving our approach to care for children in ways I never imagined.”