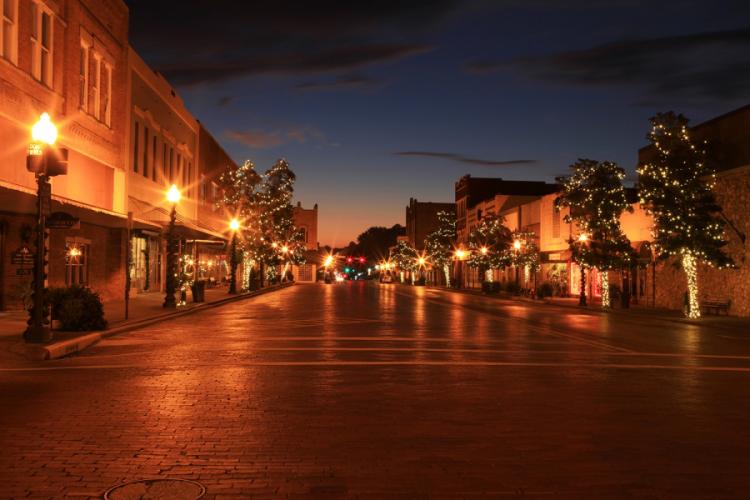 The winning entry in the 2017 Nacogdoches Photographic Association’s gallery show was by Bruce Lindsay for the photo “Nac at Dawn.” This year’s show opens with a reception at 6 p.m. Friday, July 27, in The Cole Art Center @ The Old Opera House in downtown Nacogdoches.


NACOGDOCHES, Texas – The Nacogdoches Photographic Association will open its 2018 gallery show with a reception at 6 p.m. Friday, July 27, in The Cole Art Center @ The Old Opera House in downtown Nacogdoches.

Theme for the photo show is “Doors, Windows and Gates,” and juror is John Handley, director of art galleries at Stephen F. Austin State University.

Handley earned his undergraduate degree in studio art and art history from Western Washington University. During that time, he worked as a student intern at the Whactom Museum of History and Art and The Western Art Gallery. While earning his master’s degree in museum studies from John F. Kennedy University, Handley worked at the Judah L. Magnes Museum in Berkeley, during which time he worked on the preparation and delivery of 175 Judaica artifacts for the exhibition “Patterns of Jewish Life in the World” at the Martin Gropius Building in Berlin.

Handley returned to graduate studies in 2002, first in theology, ultimately completing his doctorate in art history and religion at the Graduate Theological Union in Berkeley. He became the director of galleries for the SFA School of Art in 2012.

Awards will include Best of Show, first, second and third places and honorable mention. The 2018 Best of Show recipient will be announced at the opening reception.

The Nacogdoches Photographic Association was organized in 1992. Monthly meetings are held at 7 p.m. on the first Tuesday of each month (except on field-trip nights) in The Cole Art Center. For more information, contact R.G. Dean at dean@sfasu.edu. The NPA website URL is nacogdochesphotoassoc.org, and members’ works can be seen on Facebook.