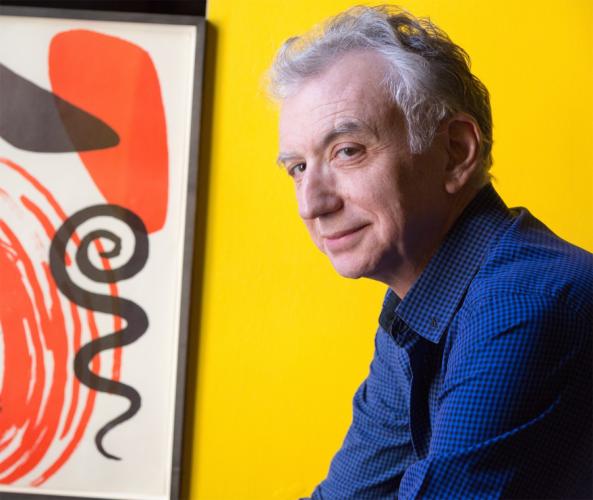 Texas National features an assortment of art, including photography, painting, sculpture and mixed media, according to John Handley, director of SFA galleries. This year’s exhibition includes more than 65 pieces of art by 65 artists from 19 states.

The School of Art’s annual juried competition and exhibition attracts entrants from across the United States, providing artists an opportunity to have their work juried by highly regarded artists and critics, such as Perl, Handley said.

“Texas National is about as wide open as you can get, and it is always exciting to see, not only the diversity of works, but how each exhibition is entirely different due to the individual juror’s tastes,” Handley said.

The event opens with the juror’s talk at 5 p.m., followed by a reception from 6 to 8 p.m., during which time competition winners will be announced.

“The competition is open to all media except for video and performance,” Handley explained. “The juror is tasked with sifting through an enormous amount of entries to select up to 100 works of art for the exhibition.”

The exhibition is chosen from online entries. However, the winners are chosen by the juror in person, and the top three receive cash prizes.

Perl, a regular contributor to The New York Review of Books, has been called by poet John Ashbery “an almost solitary, essential voice.” And a reviewer in the Atlantic, writing about “Magicians and Charlatans,” Perl’s most recent collection of essays, observed that he “may be the finest American critic at work today in any field.”

Perl was the art critic for The New Republic for 20 years and a contributing editor at Vogue for a decade. Among Perl’s many books are “Antoine’s Alphabet: Watteau and His World,” “Eyewitness: Reports from an Art World in Crisis” and “New Art City: Manhattan at Mid-Century,” which was a 2005 New York Times Notable Book. He is also the editor of “Art in America: 1945-1970,” a 900-page anthology that he edited and introduced, published by the Library of America. He has written for The New York Times Book Review, Harper’s, The New Criterion, The Threepenny Review, The Yale Review, Salmagundi and many other publications.

He is the recipient of awards from the Guggenheim Foundation, the American Academy in Rome, the Leon Levy Biography Center at the City University of New York, and the Ingram-Merrill Foundation. He has appeared on “Charlie Rose,” “The McNeil/Lehrer NewsHour” and CNN, as well as National Public Radio. He is a professor of liberal studies at The New School in New York City where he lives.

The exhibition and reception are sponsored in part by the SFA Friends of the Visual Arts, Nacogdoches Junior Forum, The Flower Shop and R&K Distributors, Inc.