SFA Friends of Music to honor Broadnax at Extravaganza gala 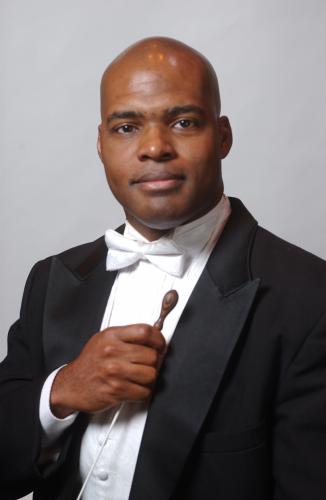 Broadnax, who is assistant professor and director of bands at Drexel University, will be recognized as the 2018 Outstanding Music Alumnus.

This year’s Extravaganza, “An Evening with the Stars of SFA,” celebrates the 31st anniversary of the gala and fundraiser, which features gourmet dining, performances by student soloists and ensembles, and the presentation of student awards in an exciting evening of music, according to Dr. Gary Wurtz, director of the SFA School of Music.

“There is no better way to experience a cross section of what the SFA School of Music has to offer than at our annual Extravaganza,” Wurtz said. “While enjoying a good meal, those in attendance hear performances by the top choir, band, orchestra, jazz band, student recitalists, opera performers, and more. Our fantastic students provide both dinner music and a dance to end the evening. It is really a lot of fun!”

As is tradition with Extravaganza, the music faculty has selected an outstanding music graduate to honor.

“Dr. Broadnax is the ultimate East Texas success story,” said Dr. Charles Gavin, professor of horn in the School of Music. “He came from a quite humble background in Marshall, Texas, and took advantage of every opportunity presented him. Many times, if the opportunity was not there, Wes found ways to create one. In addition to being a superb musician, Wes is one of the warmest people I have encountered.”

Broadnax graduated from SFA in 1993 with a Bachelor of Music Education and went on to receive both the master’s and doctoral degrees in wind conducting from Michigan State University. While at MSU, he was a regular performer on bass trombone and euphonium. He was a member of the West Shore Symphony, Greater Lansing Symphony, Grand Rapids Symphony, Jackson Symphony, Kalamazoo Symphony and Midland Symphony, in addition to various chamber ensembles that included both the West Shore Symphony Brass Trio and Capitol Brass Quartet in Lansing. In California, he performed as bass trombonist with the Silicon Valley Symphony and Mission Chamber Orchestra.

He maintains an active schedule as a guest conductor, clinician and adjudicator. He is a sought-after presenter at national conferences and has published articles on a variety of topics related to music education.

“We want to invite everyone to come and celebrate this 31st Extravaganza with us,” Melinda Roher said.

Reservations and payments should be made by noon Friday, April 20.