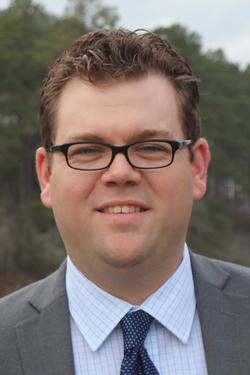 SFA horticulture alumnus Dr. Andrew King will present, “You Can Take the Boy out of East Texas, but You Can’t Take the Azaleas Out of His Garden: Growing Ornamentals in a Challenging Environment.”

King was raised in Tenaha, Texas, on a small retail nursery that was founded in 1915 by his great-grandfather. Through four generations, the nursery has remained in the King family. His father, mother and grandmother all instilled in him a love of horticulture. When it was time to further his education at the university level, it was an easy decision. King received a bachelor’s degree in agriculture with an emphasis in horticulture from Stephen F. Austin State University in 2004, and his master’s and doctoral degrees from Texas A&M University in 2010 and 2015, respectively.

He has served as a lecturer in the Department of Horticultural Sciences at TAMU since January 2016, teaching many of the plant production courses, including nursery management and production, and plant propagation, as well as some introductory courses, such as garden science. Recently, he has introduced a class titled “Wild Edible, Cultivated and Poisonous Herbs” that focuses on the medicinal, poisonous and culinary aspects of plants that people often overlook. His research interests include plant propagation, trialing plant materials and nursery crop improvement.