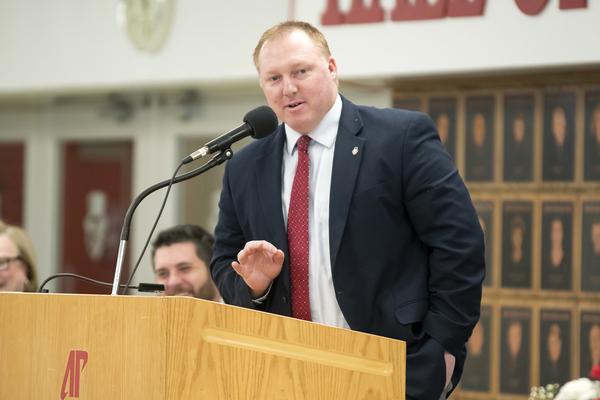 At Austin Peay, Ivey is responsible for 15 sports and a $12.5 million athletics budget.  He has secured $6.5 million in private gifts to support athletic operations and authored a five-year strategic plan that addresses responsible fiscal management, revenue enhancement and a facility-enhancement plan.

Under Ivey’s leadership, four of Austin Peay’s athletic teams recently earned one of the NCAA’s top academic honors, a Public Recognition Award, for maintaining a multiyear Academic Progress Rate among the top 10 percent in their respective sports.

Ivey served as athletics director at Texas A&M Commerce from 2013 until August 2015, where he elevated the program as a powerhouse in the Lone Star Conference, winning six team conference championships, including the 2014 conference football and women’s soccer championships.

From 2007 until 2013, Ivey was a member of the McNeese State University athletics staff, where he is credited with increasing corporate sponsorship revenue by 35 percent and football season-ticket sales by 19 percent.

Dr. Ken Collier, professor of government and SFA’s faculty athletics representative to the Southland Conference and the NCAA, chaired a five-member search committee that assisted with the selection of the new athletic director.

“Ivey comes to us with a plan to build on our students’ success in the classroom, on the field, and as members of the community,” Collier said.  “He is an excellent fit for SFA.”

A Mayfield, Kentucky, native, Ivey earned a bachelor’s in sports management and a master’s in sports commerce from the University of Memphis, where he was a punter for the football team and served as holder for Steve Gostkowski, who went on to become placekicker for the New England Patriots.

Pending completion of the university hiring process, Ivey will replace Robert Hill, who retired after an SFA career that spanned three decades.