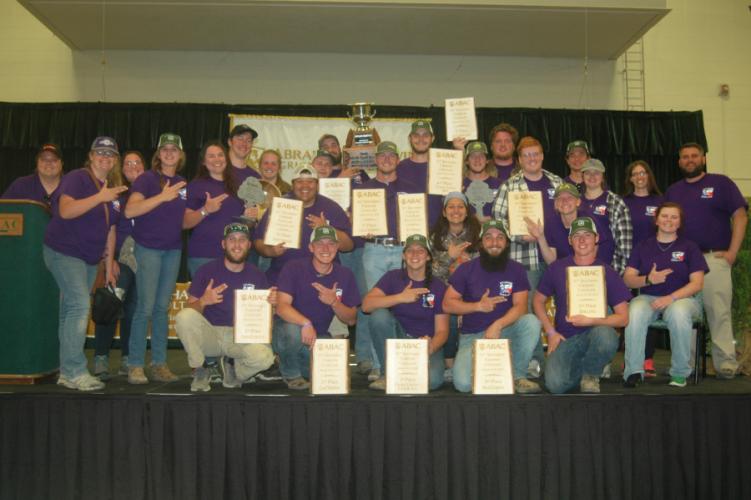 “I could not have asked for a better group of students,” said Dr. Jeremy Stovall, associate professor of forestry and Sylvans faculty adviser. “They worked tirelessly through much adversity and earned a hard win.”

The team competed in a series of technical and physical events against 12 other Southern universities, including North Carolina State, Clemson, Auburn, Virginia Tech and Louisiana State University.

In addition to their official Conclave win, the Sylvans also won the first Conclave Quiz Bowl in which the participating universities faced off to answer technical questions regarding natural resources and natural resources management.

While the excitement of the physical timbersport events can often overshadow the far more subdued academic portions of the competition, Christopher Longman, a junior forestry major and president of the Sylvans, said the team’s academic prowess is of great importance and speaks to the quality education provided by the college.

“We have strong relationships with our professors, and their focus on teaching prepares us to excel in technical events at Conclave and in our careers after we graduate,” Longman said. “Our success in technical events and in the quiz bowl is evidence of the value of a forestry degree from SFA.”

While the Sylvans are primarily comprised of forestry students, all majors are welcome to join. This year’s Conclave participants included students from SFA’s agriculture, environmental science and nursing programs in addition to forestry. For more information on the Sylvans, contact Dr. Jeremy Stovall at stovalljp@sfasu.edu.