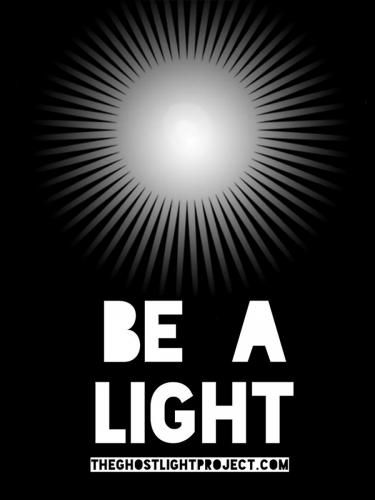 The School of Theatre at Stephen F. Austin State University will join hundreds of other theatre communities across the nation on Friday, Jan. 19, by participating in The Ghostlight Project.


NACOGDOCHES, Texas – The School of Theatre at Stephen F. Austin State University will join hundreds of other theatre communities across the nation – from Broadway to regional theaters to high schools and colleges and community theaters – on Friday, Jan. 19, by participating in The Ghostlight Project.

Inspired by the tradition of leaving a "ghost light" on in a darkened theatre, artists and communities will make or renew a pledge to stand for and protect the values of inclusion, participation and compassion for everyone – regardless of race, class, religion, country of origin, immigration status, (dis)ability, gender identity or sexual orientation, according to information at theghostlightproject.com.

Gathering at 5:30 p.m. on and around the veranda of Griffith Fine Arts Building on the SFA campus, participants will join in a collective, simultaneous action, literally and figuratively bringing light to the darkness, according to Dr. Rick Jones, professor of theatre.

Jones explains that, “This is about respecting and valuing those who are different from us in terms of demographic profile, but it’s also about extending that same concern for those who disagree with us philosophically or politically.

The public, especially but not exclusively members of the arts community, is invited to attend. Attendees should bring a light that can be readily turned on and off – a cell phone flashlight, regular flashlight, glow stick, etc. Promptly at 5:30, all will light their lights together in a show of solidarity, Jones said.

Started last year, the national project aims to continue creating brave spaces that will serve as lights in the coming years, and to build a network of people across the country working to support vulnerable communities.