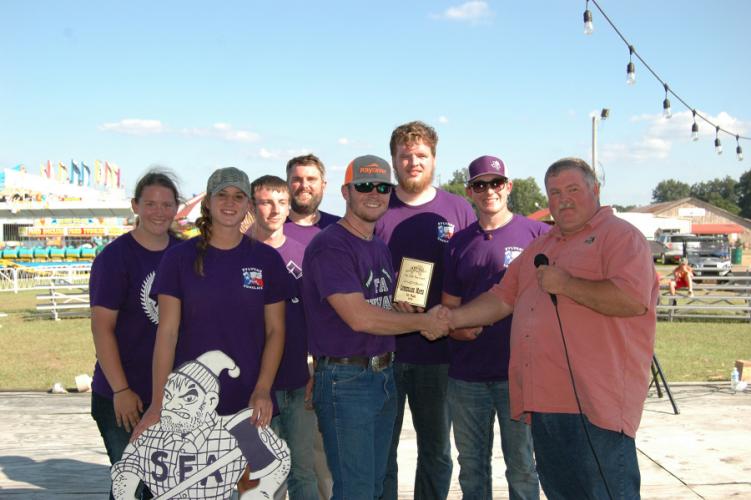 During the Lumberjack Match, participating universities competed in a range of traditional timbersport events, such as crosscut sawing, bowsawing, log chopping, and axe and knife throwing.

“Our students were professional and did an excellent job representing the university and the Arthur Temple College of Forestry and Agriculture,” said Dr. Jeremy Stovall, associate professor of forestry at SFA and Sylvans faculty advisor.