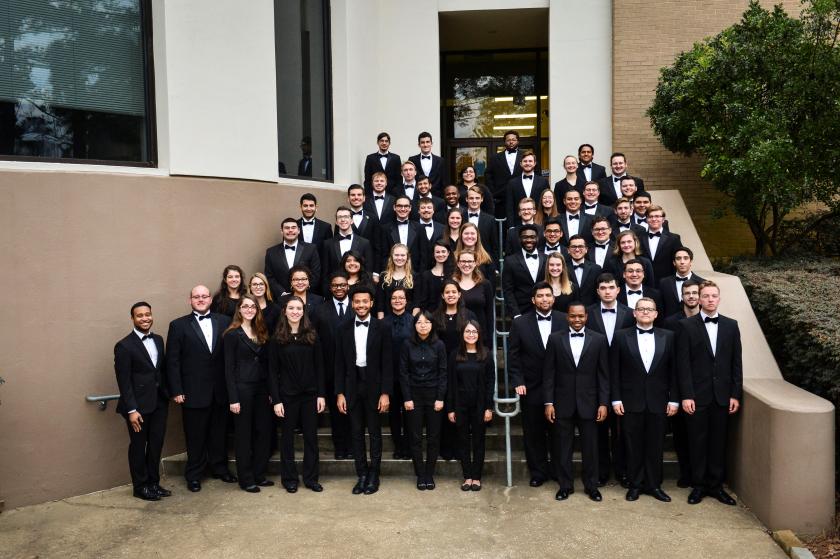 The Wind Ensemble at SFA will perform a preview of its TMEA program in a concert at 7:30 p.m. Tuesday, Jan. 30, in W.M. Turner Auditorium on the university campus.


NACOGDOCHES, Texas – Music the Stephen F. Austin State University Wind Ensemble will perform at this year’s Texas Music Educators Association convention will be presented in a concert at 7:30 p.m. Tuesday, Jan. 30, in W.M. Turner Auditorium on the SFA campus.

“This concert is a preview of pieces we will perform at the TMEA convention in San Antonio in February,” said Fred J. Allen, director of bands.

“The SFA Wind Ensemble was selected to perform at the convention following a competitive round of adjudicated recordings last April,” Allen said. “We are proud to represent SFA before this large gathering of music educators.”

There are two main works in the program, according to Allen. “Angel of Mercy” by David Maslanka fuses three chorales harmonized by Johann Sebastian Bach 400 years ago.

“The performance will also be a tribute to Maslanka, who died in August 2017,” Allen said.

Another large-scale work is the first movement of the “Symphony No. 2” by the American composer Howard Hanson.

“I received permission from the Eastman School of Music to transcribe this movement for concert band,” Allen said. “It is a beautiful work from 1930 by one of this country’s most romantic composers.”