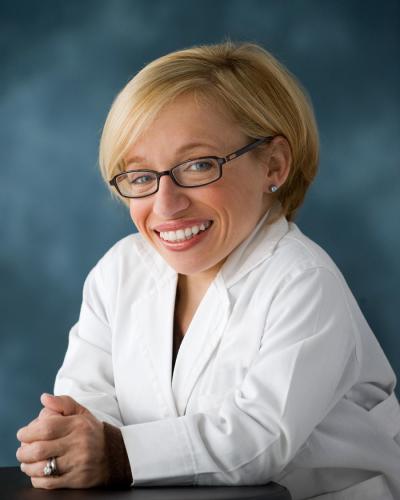 Arnold, who is board certified in neonatal medicine, earned her medical degree in 2000 from Johns Hopkins School of Medicine in Baltimore, Maryland, and later attended a Pediatric Residency Program at Children’s Hospital of Pittsburgh.

She has been involved in simulation education, patient safety and research endeavors for the past 10 years. Her simulation areas of interest include use of simulation for evaluating new clinical spaces, team training, improving quality and patient safety, advancing home care and skills for primary caregivers of medically complex children, and developing educational curricula for various departments throughout the hospital.

The speaker series event is free and scheduled for 7:30 p.m. Monday, April 23, in the Baker Pattillo Student Center Grand Ballroom on the SFA campus. A private reception for 100 guests will be held prior to the main event. Private reception tickets can be purchased by contacting April Smith, SFA associate director of development, at (936) 468-5406.

“Dr. Arnold has spoken nationally and internationally on healthcare simulation and has been a speaker on topics about overcoming obstacles,” said Dr. Steve Bullard, SFA provost and vice president for academic affairs. “She is a dedicated physician who has trained and worked in prominent and highly ranked U.S. healthcare institutions. We are pleased to welcome her to campus and join us for our 2018 Archie McDonald Speaker Series.”

Arnold serves on the executive boards for the Center for Medical Simulation in Boston, the International Network for Simulation-based Pediatric Innovation, Research and Education, and OpHeart, a nonprofit organization dedicated to improving care of children with complex congenital heart disease. She is a national ambassador for Speak Now for Kids through the Children’s Hospital Association. In addition, she is an active member of the American Academy of Pediatrics, the Society for Simulation in Healthcare and the International Pediatric Simulation Society.

Arnold has a rare type of dwarfism, Spondyloepiphyseal dysplasia, Strudwick type, which has resulted in more than 30 surgeries. She is a four-year cancer survivor.

Along with her husband Bill, and their children, Will and Zoey, Arnold is featured on The Learning Channel’s docu-drama, “The Little Couple,” which follows the family’s personal and professional lives.